Why Money Has Not And Will Never Buy Happiness. 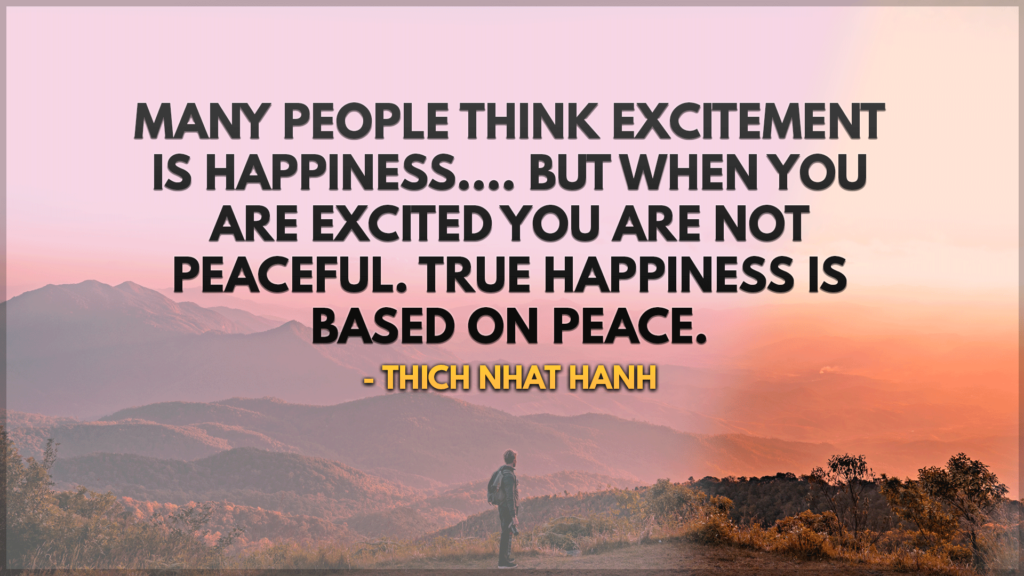 Money is one of the most amazing tools on this planet, that we can utilize to have fun and do a lot of great things with.

However, the question whether it buys happiness or not is now going to come to an end.

Firstly, in order to know if it buy’s happiness or not, we first have to figure out what happiness even is.

“To the vast majority of people in the world, the topic of happiness is both mystifying and complex. Philosophers in the west have thought about it for the past two and a half thousand years; psychologists and sociologists have experimented and conducted polls on it for the past hundred. Still there is little consensus and, if anything, there appears to be less happiness in the world today than ever.” – Dennis Waite

This is brilliant to me, because there is no CONCRETE definition for what happiness is.

How could we ever say that money could buy something that we don’t even know TRULY what it is let alone have it to begin with.

It is the very way we have labeled what it means to be happy that has kept us from true happiness.

Before we get into that though….

I’m going to showcase one of the most famous icons in the world right now, Connor McGregor.

Connor made $30 Million in this fight with Floyd Mayweather…

Now in world where a lot of people equate money with happiness, let’s take a look at this video and ask yourself is this someone who looks happy after he got his DREAM FIGHT of which he made 10 times what he what makes during an average UFC fight?

However, if you watch this video this does not look like someone who if you asked the general public look like a happy guy.

Connor jumped in a ring that was not his fight, because he clearly wanted to be in the limelight.

And someone who needs to stand out, it means they need MORE than what currently “is” which is a sign of internal uncomfortability.

Needing to stand out, means needing to be special, to be seen and those who NEED that, is because they lack from the inside.

Even those who look undeniably confident on the outside.

The ref just ever so slightly nudged Connor because what Connor did was against UFC rules and he was doing his job, and then Connor went completely psychotic, insane!

The reason why, is not because it he was very slightly nudged and everything to do with the internal lack, that Connor was feeling.

Now, what about having a bad day, everyone has those?

Now a good amount of that is for show, publicity and what not, but you can feel the energy is genuinely hot.

Now, prior to moving on I want to make things 100% clear in that there is nothing wrong with Connor! Connor is just operating out of the conscious awareness that he has been given in this world of form.

Every life form is that same consciousness, however that consciousness is operating through each person in different ways, shapes, forms and fashions.

The point was not to single him out, but after $30 million if what it did was to give you happiness or internal freedom, then the absolute rage and insanity to this extent would not come out, because it would not be there.

The reason the anger comes out is because that is what was inside.

Getting pissed off, angry or upset is not in any way a challenge someone needs to overcome it is an emotion but there is a key difference.

The root of the challenge is do you take yourself to be that anger, that insanity which is when it overtakes your entire being.

If you take a look at the sports world where fame and fortune come in waves. And the capitalist world where financial fortune is at its peak and you think it is the material or worldly fortune that is giving you something well…

If you have continuous and ongoing rage inside, then it does matter to what extent your fame and fortune is.

In other words, what Dennis is saying is that happiness is not what you think.

In fact, it is because you never stop thinking that you are unhappy.

What he means by “the self” is that of what you know/feel in your direct awareness through the absence of thinking.

Once happiness stops being defined which is a label created from the mind and you can allow neutral awareness run through the body, you will feel what it means to be free.

And this internal freedom can only be known right now.

The question is, do I accept how this present moment looks regarding my life situation?

Once you accept the way your situation/circumstance takes form in the present, it will doorway into the inner body sensation, the felt here-ness which knows no mind interpreted situation can arise.

So the real question you should ask yourself to find out if you are internally free is am I AWARE of my own conscious presence?

The awareness of your own conscious presence is the self knowing itself.

It does not require definition, subjectivity, bias, opinion, outlook, perspective all of which are mind & thought based.

The reason that the awareness of your own conscious presence is not subject to outlook is because it is the source of all that is.

So there is one absolute reason you are not internally free or unhappy.

And that is, you are stuck in psychological or thinking-time.

Connor didn’t jump in the ring because he wanted to celebrate with his teammate.

He wanted to be seen clearly.

The slight nudge the ref gave him is NOT what caused him to go outrageous.

Connor wanted to be seen, and he went outrageous because he has been stuck in thinking-time, ran by past and future.

And unless you can start making the present moment situation your friend, and you’re ‘I am this conscious presence fulfillment’ then NO amount of fame, fortune, power or influence will give you the internal freedom that you want.

Internal freedom is realized when time stops becoming an absolute important factor in your life.

It does have some importance being in this world, but not absolutely.

When you lose time in the moment, and you lose it deeply, and intensely from within you will realize that all the fame, fortune, power and influence in the world cannot TOUCH the intensity of losing psychological time.

With this being said, however there is nothing wrong with Connor, it’s the dysfunctional root that lies in the collective human mind.

P.S I am human, my conscious awareness expands through emotional stress, anxiety and pain no differently than any other.

As time progresses though, conscious awareness expands on it’s own so stress, anxiety and internal pain will have less of a grip on me moving forward.

In the mind, Connor is separate.

Out of the mind, thoughtless awareness, Connor is the same source I am presence. There is no hate for him, there is nothing wrong with him, in fact I hope he could read this, because as a part of the same one I am, I want him to find the internal freedom from realizing the timeless absolute one self.

The awareness of this one timeless self is love, and love is all that is.

Then money, fame, fortune, influence all have their perfect place in form, but this time in the hands of expanded conscious awareness.