What Does Jim Carrey Really Means When He Tweets Ariana Grande On Depression? 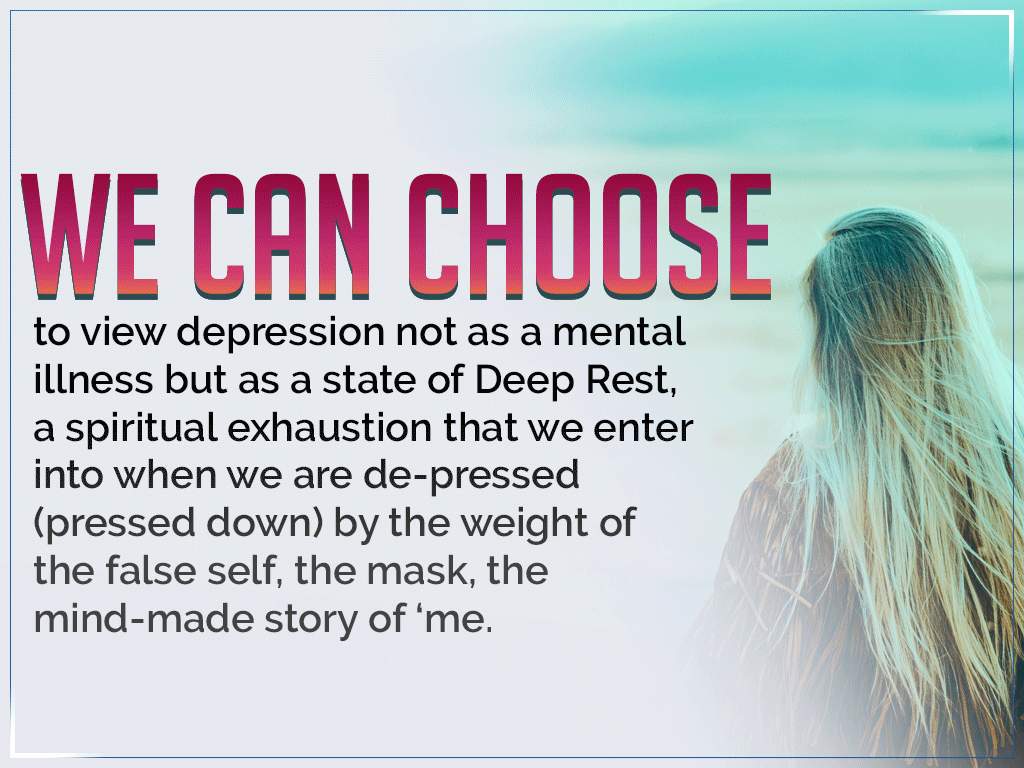 One of her good friends and long comedy actor Jim Carrey reached out to her via Twitter and shared a photo of his friend and spiritual teacher Jeff Foster.

Ariana Grande took this as a loving gesture and retweeted Jim Carrey.

Jim Carrey is also showing consistency in his message here in this video.

Ariana Grande also posted this picture to her Instagram story.

What Jim Carrey and Jeff Foster are trying to say in so many words is….

WARNING ILL ADVISED FOR THE EGO:

The elephant in the room must be called out. What they are saying is, if you are depressed, it almost CERTAIN that you are unconscious.

It means that what you want is to AWAKEN SPIRITUALLY.

For those extremists out there, yes there are absolutely horrendous things that happen in the world, deaths, starvation, and other unbearable situations that, if you suffer, it does not automatically mean you are unconscious.

However, almost all of the basic situations the common man finds himself in is because he is unconscious, spiritually speaking.

In the “Real World”, unconscious means that you have been put into a coma, you have no sense of anything, essentially you are absolutely blacked out.

What it means to be unconscious, spiritually speaking, as was so eloquently put by Jeff in his quote:

“We can choose to view depression, not as a mental illness but as a state of Deep Rest, a spiritual exhaustion that we enter into when we are de-pressed (pressed down) by the weight of the false self, the mask, the mind-made story of ‘me’.”

Look at the 4 common denominators here….

One of the greatest Spiritual sages of all time, Ramana Maharshi spoke about the false-self.

The question that was centered around his teachings was…

The basis of this question is that once you find the answer, you WAKE UP from the false-self, the mask, the mind-made story of who I think I am, and the ME, who I take myself to be.

Now, by waking up from this false sense of self, you are ALSO WAKING UP from Depression.

Ramana Maharshi’s teachings didn’t quite work for a world that so unconsciously took itself to be the false self.

This is why a more practical understanding was needed.

The Power of Now

The masterpiece that Eckhart Tolle came out with was able to take the teachings of Ramana and put them in a more practical understanding for the human mind.

If I unconsciously KNOW that I am the mind, then what good is the question Who am I?

How can you unconsciously KNOW something?

You don’t know in the first place, BECAUSE you are unconscious.

What this means is that if you thought you knew something with unshakable certainty, then there would be no attempt to find out something otherwise.

You already ‘think’ you know it, so why question it?

Where The Power of Now comes in is reverse-engineering the process and point-blank tells you.

YOU ARE NOT THE MIND

And the SINGLE greatest reason for ALL depression, stress, anxiety, tension, overwhelm is unconsciously taking yourself to be the thinking-mind.

I cannot just call the elephant out in the room again and not break it down.

Until you have found out who you are/not, the true essence of the Present moment will not be available consciously.

First and foremost, you are already here. You are reading this article in the now, in the present, this is a fact, not an opinion.

You cannot nor have not ever been outside of this present moment.

The thinking-mind can only memorize, anticipate, and fantasize.

But what the thinking-mind cannot grasp, interpret, comprehend, understand IS the present moment that cannot leave you.

Once you realize all of a sudden, right now, instantly that you are not the thinking-mind, THEN a deeper awareness of the now can come into your conscious awareness.

What I am saying is that beyond the thinking-mind, the thoughts stop completely.

The only way that conscious-presence can come to conscious awareness is when the thoughts stop, and the present moment can be KNOWN on a cellular level through the body, not because it’s believed.

Depression, stress, anxiety, tension of all forms generally come from unconsciously thinking that the thinking-mind itself can free you, can give you the deep rest that Jim Carrey and Jeff Foster eluded too.

By knowing on a cellular level, without mind-comprehension, without a single thought, that I am not the mind, I have instantly awakened up BOTH to the now and to who I am.

The truth is because you have never been outside of the now, you have no choice but to awaken to who you are, RIGHT NOW.

And also you have no choice but to awaken to the Now… RIGHT NOW.

You don’t have a choice, you cannot wait, you cannot try or comprehend why, because awakening is.

Ramana Maharshi and the non-dualist community would ask the question…

The one consciousness is awakening from its play of physical form to itself.

The one consciousness both has forever, timelessly been awake, and also asleep to itself in the external/mind sense.

It’s a cosmic play, a cosmic dance between the form and the formless (non-understandable knowing).

Let’s go the next step deeper into YOU.

This is again where the original question “Who am I” was potentially a dead-end for the one consciousness that took itself to be the mind.

(The me or self-image, in other words)

If the question “Who am I” is being ASKED as a thought, and answered from thought, then the thought-identity continues to be unconscious, and thus, depression continues.

If, however, this question is asked right now, without needing an answer from the mind, without NEEDING a single thought to come, then at the END of mind, the END of thought, you will realize that there need be no answer to this question.

When there is no mind, not a single thought, not a SINGLE answer, and yet total sensory alertness, THEN you will know who you are.

And you will know who you are, right now.

Thus, when Jim Carrey says “I don’t exist”, he’s saying that Jim Carrey is only an appearance that barely exists, but for a short period of time, as we call it.

If you TRULY want to wake up from your depression, then don’t take your mind so seriously.

Don’t expect that the mind itself will free you from depression.

Even if you are 25 years of age, you would have had a conservative 600 million thoughts by now.

And you know how many thoughts stayed right here and right now?

NOT A SINGLE ONE

600 million thoughts pending how old you are, that came and passed at almost the exact moment that they appeared.

So, for the minds which think that this is too abstract, in reality, your thoughts/experiences are THE MOST abstract and most illusory.

And when you know who you are right now, you realize that the NOW is the MOST practical and MOST concrete, because it is always here, regardless of whichever thoughts/experience appear and disappear out of the now.

So, to think that the mind can free you for good would assume that one single thought that does not stay; itself could free you.

So, the mind itself cannot free you, only that which is constant can. Thoughtless constant presence.

The mind will want to continue blaming situations/circumstances for why I’m depressed, which only deepens the pain inside.

But do you want to be free from depression and get the DEEP REST that you’re looking for?

Then do yourself the most important favor of your life, and let go of your false self right now, forever right now, and remain here.