Waking Up Out of Denial 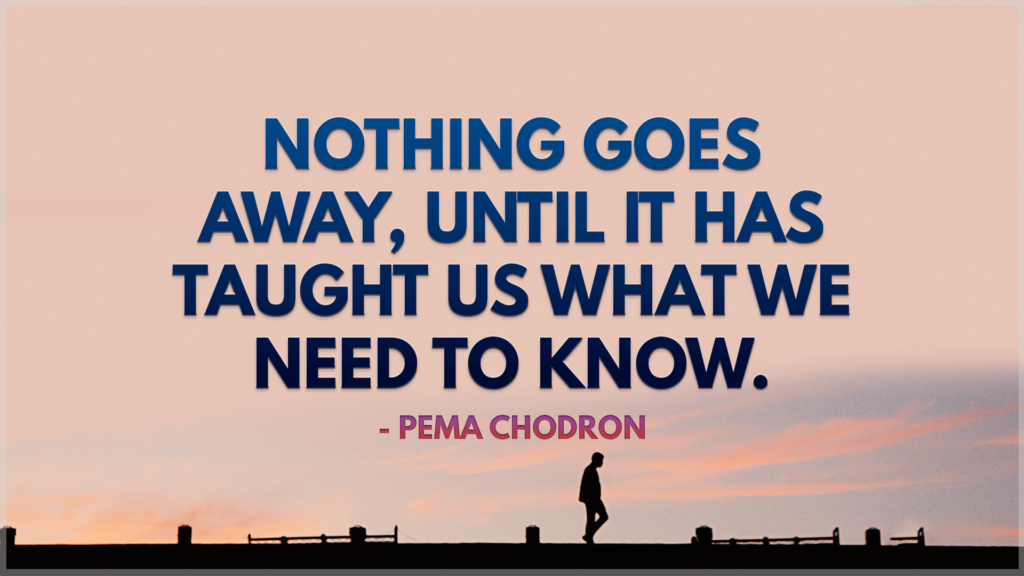 “I was told I was born. I do not remember. I am told I shall die; I do not expect it.” – Nisargadatta Maharaj

What did one of the greatest spiritual masters of who has ever lived mean by these up above words?

Almost 99.9% of the world would conclude that you are born and that you die.

That same 99.9% of the human race would either conclude that to never be born or to never die is down right blasphemous according to what has been proven, to be downright impractical and foolish according to reality.

There is a fundamental foundational error by a good portion of the world’s viewpoints.

What isn’t true, however, the fundamental foundational understanding of reality, is that people take themselves in the absolute sense to be “people” to be a “self-image” a “self-concept” and down to the root a “mind” which they would claim that there is a reality, rather than being reality itself.

Maharaj was coming at this from the standpoint that he knew that he was NOT the body/mind/name organism that the one reality, the one infinite being was playing a role as in this world.

Yes, the body/mind/name organism is impermanent, it is born and it will die, but what will not die is your essence, your very being is timeless and eternal.

Luckily, there is nothing to believe, and believing in something will never bring you past what the mind can comprehend. The mind creates beliefs in order to understand…. that is to understand the physical world.

Nisargadatta was simply pointing to that which has never been born and will never die.

So what is the point of all this?

The point is that until you are able to look past who you think you are and what the mind can comprehend then you won’t be able to realize the perfection that you are, to realize that the absolute greatest feeling in the world is available to you right where you are, with each passing word that you read.

It means that you will continue to try to live in the world, rather than being the alive life itself.

Speaking of death, it is precisely because of death that the limited physical life here on planet earth has any meaning to it.

If the mind lived forever, which of course you cannot comprehend, it will absolutely have no room for pain and it is the pain that is liberating.

It is because the mind gets to experience the pleasures and the pains of its seeming existence that makes us already rich and wealthy in the alive sense.

However, until you know who you are absolutely then you are much more vulnerable to suffering.

Pain & suffering are necessary only until they are no longer needed to teach us what we need to know.

“Nothing goes away, until it has taught us what we need to know.” – Pema Chodron

This is, of course, not referring to a type of suffering like getting a leg cut off, but to the basic understanding of emotions and feelings and how that relates directly to what we know to be true ABSOLUTELY. (Consciousness)

Have you ever heard people claim, “They are not afraid of death?”

Being that a good portion of the world does not know that who they are absolutely, they would not need to claim such a term.

When I say “I am not a afraid of death,” the real “I”, the “I” beyond mind, concepts, beliefs and words in the absolute sense, does not know death to begin with. So how could the “I” be afraid of something it doesn’t even know?

And you cannot claim any-THING about “I.”

The only thing that the mind can know about “I” is that it does not know.

So when they claim “I” am not afraid of death, they are already in denial from that moment.

The mind however, the mind itself, is and always will be somewhat afraid of death.

This goes no matter what for any human being who has ever walked the planet, who currently is and whoever will walk on planet earth.

If the mind was not somewhat afraid of death, then consciousness would already be complete and there would be no reason for the mind to be born to begin with.

And if the mind was TRULY not afraid of death and reflected outwardly you would be walking on top of water, flying in the air with no wings and physically moving mountains.

Now we can talk about absolute foolishness and impracticality.

It’s not necessarily that sometimes foolishness and impracticality are bad things; plenty of ideas that have been looked at as foolish have indeed “moved mountains” in a metaphorical sense.

With that being said, it’s not as if people think about being afraid of death all day and every day and/or whether they accept it or not.

It’s not the fear of death that has casted a shadow on people because it is a natural part of the living organism to do absolutely as much as it can to survive.

It is the denial of death that will put a spell on you and create a gradual and consistent internal resistance.

The root of all denial, though, is that who you are is the mind. Who you are already is prior to all thought.

The denial, though, is not your fault; it is the collective mass hysteria of who one thinks one is.

In fact, it is nobody’s fault but it is necessary to see through for internal freedom.

This is why I say that the mind is somewhat afraid of death, because it’s primary objective is to stay alive.

This goes for even those who have committed suicide.

Just because they did it did not mean they were not afraid of it. There are plenty of things which people shove themselves into, even though they are afraid of them.

And being that all minds are not clones, the degree with which one mind is afraid of death cannot also be treated equally from one mind to the next.

The degrees can only be understood from that particular mind, but not dealt with on the level of the mind.

Denial is caused from the illusions that we have based on our thoughts.

They are not in any way, shape, form or fashion a bad thing, because they will cause you the pain necessary to see through the illusions and more importantly, until you see through them.

Pain is not bad, it is liberating

The illusion here is that you are somehow superior to the next human life in the absolute sense.

And the other illusion is that you need to be strong willed to showcase that your image is strong for some kind of fulfillment, when, in reality that image doesn’t exist.

Now let’s take a look at how one moves past denial and moves into a deeper radical acceptance.

All denial is a form a thought. And thought appears in the mind.

The foundation is understanding in the absolute sense that I am not my mind.

That I am not what I can conceptually or thoughtfully understand. That who I am is not the body, which occupies the mind.

That who I am is not whatever I believe, my opinions, perspectives and outlooks.

“I” do not have, nor have ever had a family, friends or enemies.

I am not someone in the absolute sense who was born or can die.

“I” is NOT and I (me) repeat NOT, a someone and certainly not a thought.

Once you can accept that who you are is not the mind, then you can go beyond it.

“I” is the silent, empty, thoughtless space in which everything is appearing.

By dis identifying with the mind, when you realize that timeless knowing right now, then there will be certain thoughts that you have been resisting that pop up not just the denial of death, but certain denials in your everyday life.

There have been many times during thoughtless meditations that thoughts came up and I thought “Wow, it sure is nice to see that I had been suppressing that!

And that I finally now can see it, or at least some of it, not all of its weight can be released.”

You cannot find out what you are in denial about by thinking about life and by analyzing it.

It has to come up through empty space, the space that you are and it has to released from the emptiness from which it came.

Consider the amount of emotional weight that you are holding onto right now, and now consider how amazing you would feel by dropping that imaginary weight-jacket.

It is the light of the thoughtless, timeless space that will allow that to happen.

You are a non-conceptual awareness, and although you are not the body, it is only through the body that one can come to know who one is.

The body is your access into that timeless, incomprehensible dimension.

Example: My buddy Leo at the gym was discussing with me that he had once brought his attention into the body and felt his breath, his chest, his knees, his feet…ect

And I asked him….

Me: Did you need to have knowledge for that feeling?

Me: Did you need believe anything for that feeling?

Me: Did you need to have a high IQ for that feeling?

Me: And does it require opinions, perspectives or outlooks?

And if my last question to you who are reading this is.

Is that feeling in your body by looking through the illusion of thought a COMPLETE acceptance of what is?

And that is for you to find out, right here and now.