Through The Eyes of Jesus 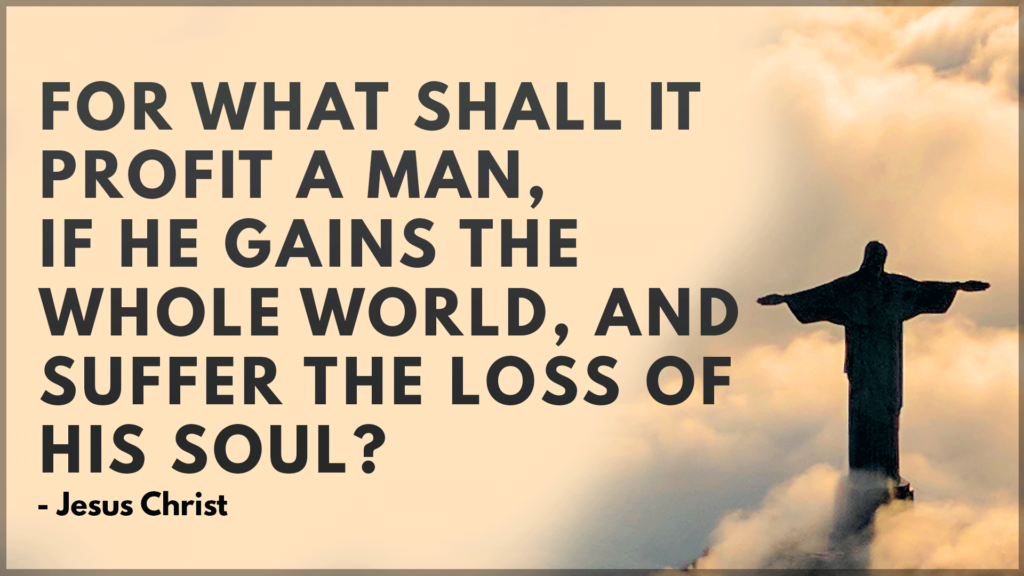 The topic of Jesus has been the subject of ongoing arguments, debates, philosophies, and even wars since the day he died, Friday, April 3, AD 33.

There have been questions about whether he actually lived, if he’s a myth, whether he’s the true son of God and every possible theory you could imagine.

Even those who claim to be Christian have argued over this icon we call Jesus.

To this day, people look to him for answers, some claim by devoting themselves to Jesus it has awakened them, and some claim he has done nothing for them.

But just for this one time, just for this very specific point in time relative to the beginning and the ending, contemplate the words, don’t believe them (never believe in ANYTHING) but what your intuition tells you is true or not.

Feel the essence, the spirit, and the energy behind the words moving forward. Instead of changing the channel on your TV, Netflix, or Youtube, use it to pause time for the moment, proverbially speaking, of course.

Do you know why Jesus was so looked up to and why hundreds of thousands and even millions of people look up to him today?

It was because of his pure, absolute, and uttermost unconditional love for all that existed.

Jesus knew that there is no such thing as conditional love. The only thing that has conditions on it are the illusions that we see.

Love, in its most natural absolute sense, is unconditional.

Jesus didn’t need any set of beliefs, outlooks, perspectives, opinions to provide unconditional love to people of the world.

He felt it in his veins, love is his most natural sense, and that love is totally unconditional.

What actions would leave me to feel this way?

Well, Jesus died on the cross for other’s sins, or perhaps the conditional love that those had in against Jesus knowing himself as God.

Now, to make things clear, acts of conditional love, which aren’t love but confusion, are made every single day through killing, war, hatred, and many other acts of violence.

The only reason that these acts of hatred are carried out is not because of the lack of love but because of a total distorted view of absolute reality, which is love without conditions.

“A holy Sufi man was asked, “What is forgiveness?” He said it was the fragrance that flowers give off when they are crushed.” – Unknown

Jesus was forgiving to those who beat him to a bloody pulp, shoved thorns into his head, crucified him, and nailed him to the cross.

“Forgive them, they know not what they do.”

They were in the state of confusion that there is such a thing as conditional love.

Take it from Jim Carrey on his painting from Jesus.

“But I say to you, love your enemies and pray for those who persecute you, so that you may be sons of your Father who is in heaven; for He makes His sun rise on the evil and on the good, and sends rain on the just and on the unjust.” – Jesus Christ

“You have heard that it was said, ‘Love your neighbor and hate your enemy.’ But I tell you, love your enemies and pray for those who persecute you.”

Now let’s assume for a minute that Jesus did claim to be God, and the ONLY way to heaven was through him and him alone.

Now, this is blasphemy according to a lot of other religions, to even those on a spiritual journey.

You should allow him to feel in your heart the way that he feels.

Even if you didn’t believe this, which you should never believe in anything, but KNOW what holds true in your own heart.

Let him, because in his world of unconditional acceptance, maybe he was the only way to God, or maybe, he had realized his own GOD essence.

Rather than being quick to judge, which is usually based on your interpretation, perspective, or opinion, which is filtered through a society of justice, let others be just as they are.

If you are this present moment, and you accept you as this moment, then this will allow you to accept those also as this moment, in the now, even the ones who claim superiority.

In fact, it doesn’t matter what anybody claims, so long as peace is within your heart.

Deep within you, this unconditional love is calling for you because it is you.

I’m not saying it’s not going to be hard in a world that is surrounded by layers upon layers of conditions that date back centuries with the human race.

But if you truly want to live a life of peace, harmony, and joy, then this is your time to tap into your own Christ Consciousness.

Finding your joy within is the best thing you can do for the world, for joy has to come from the center & from within.

Love, however, is NOT an image; it’s not a belief system or a perspective.

You have to find that one source from within that accepts who you are now, without conditions.

And what is that?

What Jesus was saying is, don’t even worry about the day, the day will unfold on its own; the only thing that is neutral and does not rely on conditions is this inner body feeling of the present moment.

The present moment is utterly silent, no matter how noisy the world is.

The present moment requires your silence, no matter what conditions (noise) the world is in.

Jesus knew he was God, but he also knew the only way to know this was by going so deep inside of oneself, that one’s awareness heightens, and you (the false identity) dissolves.

To find that source of unconditional God Love, you have to be willing to do the inner work, which is to bring silent attention from within, silent presence, and go so deep into this silence, so deep into emptiness BEYOND your wildest imagination.

“Then he said to his disciples, ‘The harvest is plentiful, but the workers are few.” – Jesus

Why would it be beyond your wildest imagination?

Imagination is the notion in your mind of images, and no image that you can picture, based on the way the limited scope of your mind can see, is not based on the timeless reality.

Your mind is conditioned relative to the ERA we currently live in, and with conditions.

The reality you’re looking for inside is timeless, eternal & image-less.

“For what shall it profit a man, if he gains the whole world, and suffers the loss of his soul?” – Jesus Christ

The question is, how far deep into the silence of mind are you willing to go, to feel your own Christ Consciousness?

The silence from within you is the direct path to unconditional love. In fact, it is not a path because it is right here and only right here.

You cannot say that someday I will be that unconditional loving presence because that someday does not exist.

You cannot say that once I get what I want in this world, then I can be that unconditional loving presence because that once-upon-a-time does not exist.

There is only one time, and one time only, for you to begin BEING that unconditional Christ Consciousness, and that is right this very moment, in your inner body awareness of the moment.

In fact, you have always been that, just stop taking yourself to be your thoughts, empty out totally and go on about your day…

If you try to go out of your way to practice unconditional love, then it is by the mind. Empty out, and from this place of emptiness you don’t need to try.

You don’t need to think, analyze or digest what it means to be in a state of unconditional love.

If you go out of your way to practice forgiveness and it is coming from needing an outcome, then it will not penetrate your beingness.

Empty and silence out of all thought, and forgiveness will blossom on its own.

If you try to accept others for who they are this is not bad, but it will not penetrate your beingness. Empty and silence out of all thought and acceptance will blossom on its own.

Trying to do anything is based on the intellect, the mind, but not consciousness.

In true timeless unconditional love, unconditional acceptance, and gratitude, there is no trying; you cannot try at what is the most effortless you.

Now some would ask, “So, I should let others walk all over me then?”

This is a mind question because it’s waiting (future) for those to do something harmful towards you.

You will know what to do in the present moment if you bring your attention inward. Into the stillness which already is.

If someone holds you at gunpoint, then the present moment may tell you to run, or it may not; but until that time comes, you won’t know what you would do, which is all projection-based.

If those who try to cause you harm, bring your attention inward into presence, the unconditional love that is born could overturn that hate.

It might even perhaps fight to kill to defend the living-breathing organism as your external self, and yet unconditional love will be forever untouched.

The more consistently you bring your attention inside, the less likely you will encounter situations to this extent.

A great deal of humanity, which has been practicing the conditions of love, has been stuck in a state of confusion, which has invited and manifested its own kind over and over again.

You don’t need to try to do this. In fact, you cannot try. The only thing that can be done is non-doing and pure conscious awareness.

The silent you, the you that is always right here, right now, and regardless of conditions.

This silent unconditional love doesn’t require any religious beliefs, any perspectives, any ideals, commandments, or principles.