The Yin & Yang of Emotions 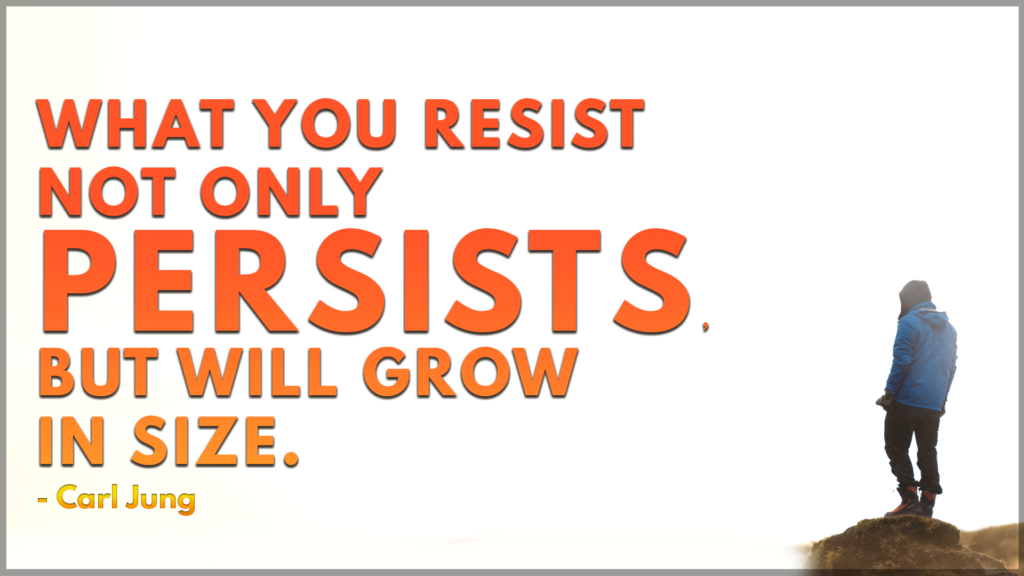 In this world people get so attached to words, that we take the words to be based on absolute reality and not for what it actually is, a sound.

We have gotten so fixated on words and their meanings that we take them to be the truth which blinds us from the absolute truth, which no word could ever utter.

Many people will believe that the truth comes in different forms, shapes and sizes.

How about when you were a kid and you were told that lying is bad, and you should always tell the truth?

How about the little white lies would you tell someone for the greater good?

How about in court when you hear “Do you solemnly swear that you will tell the truth, the whole truth, and nothing but the truth, (so help you God/under pains and penalties of perjury)?

From a logical standpoint, yes, these are versions of what most consider to be the truth, and yet, from greater standpoint, there is an ultimate truth.

Should you listen to the masses about what is true or not?

The masses once considered that the earth was flat.

Of course we have come to new realizations, but what makes you so sure that there aren’t other globally accepted ideas that just simply aren’t true.

The point is, when it comes to ideas, you can never be FOR 100% CERTAIN about those ideas.

And if you are for certain that something false is true, then that, my friends, is being stuck in an illusion.

If the masses take something to be 100% true and they teach you that it is true and you never question it, then you can be living a lie your entire life.

So if you are living a lie your entire life, then how could you EVER expect to know the truth about anything?

Then if the entire system is built on a lie from those who didn’t know the truth the very foundation, the core, and basic fundamentals of EVERYTHING is contaminated with lies.

Let’s start with one glaring whole.

“Clouds come floating into my life, no longer to carry rain or usher storm, but to add color to my sunset sky.” – Rabindranath Tagore

Ever heard this one before?

“The positive revolution is underway, there is too much negativity going around in the world, especially the NEWS. What the world needs most is to think more positive.”

Thinking positive is a nice idea, however, it can also block you away from the truth. When you run away from the darkness inside because you believe positivity is the answer, then you are ignoring a whole other part of the totality of your existence.

Buddha was born into a ‘nothing but positive” environment for the first portion of his life and never got to experience the depth of pain and suffering, and therefore he never was able to reach the pinnacle of peace. (Nirvana)

Once he was able to experience and stop running from his pain and suffering, he was able to go deeper into the depth of his darkness, which was what allowed him to become “The enlightened one.”

This is not about thinking negative. This about being able to observe what is going on inside of you at this moment without fleeing from it.

Although society does not teach you to go against “what is.” it is learned from a society that generally wants to resist “what is” which is the worst thing you can do when it comes to things that are perceived as negative which thus cause emotional pain.

And when things are going south, we are taught to use positive “thinking” to get through this. Positive thinking, however, is only a Band-Aid for a greater problem, which is to resist what is.

In fact, positive thinking is a form of resistance.

When a negative situation happens, logically you take the necessary action to make it better, but until you fix the fundamental problem of resistance to “what is” there will always continue to be an undercurrent of agony.

When something negative happens in your life situation and causes you pain and you’re aware of the pain, the most significant thing you can do there is to accept that it is there.

It’s like the current in a large body of water, when you go deep into your pain to understand it better, don’t get caught by a strong current (of resistance) and let it suck you completely under.

“What you resist not only persists, but will grow in size.” – Carl Jung

This means that whatever you’re resisting is going to stay, and it’s going to get worse the longer you resist it.

Why is it that we learn to resist our situations and circumstances?

Because we have been living a lie.

When I said it was once considered from just about every human being that the world was flat, that was the greatest lie in the world at that time, from a logical standpoint.

Do you want to know the greatest lies in the world that just about every human has accepted?

Who I am is my mind.

Who I am is my name.

Who I am is my body.

Who I am is my past.

Who I will be is my future.

Time is of absolute importance, we only have so much of it on this planet.

These lies, that we have accepted not consciously but unconsciously, are why the human race has been taught without realizing it to resist what is.

Every truth in this world is relative to the next, but the one truth from a grander, consciousness standpoint is always the truth.

And it’s always the truth because it is timeless.

In fact, timelessness itself is the truth.

The truth in this world changes, it’s relative, just as the world was once considered flat changed, and there are currently an infinitely number of ideas that are considered the truth that will change.

So being that ideas will change, how could you ever begin to pinpoint an absolute truth?

Sure the world maybe considered a globe today, but what happens if a meteor the same size crashes into it and it explodes?

Is the earth still a globe?

No, because negative is based on perception of what is positive and negative, not based out of timeless reality.

Also no, because it is not based out of timeless reality.

Both are concepts that are keeping us trapped into believing that everything will work out if we think positively.

What do you have to do to find this timeless reality?

Just be aware that you are not the mind. That who you are is not the thought.

In fact, the world will tell you what you must do to become fulfilled. This is also a lie, because they didn’t know any better.

Are those who tell you this wrong for it?

In fact, Prince EA took this to the next phase.

“Forgive them, they know not who they are.”

You no longer have to do anything to feel your PERFECTION in this moment as this moment.

You no longer have to do anything to feel your fulfillment in this moment as this moment.

What’s the point of doing you ask?

It is to experience this world in as many as ways you like. You’re here already to be fulfilled and to do whatever you like, but this difference is you won’t be relying on the world to give you anything that can add to who you already are.

Once you realize the present moment is not about the location you’re in, but about the neutral observer who is looking ,then this will allow you to no longer resist what is.

And when you no longer resist what is, then the world begins to lose its absolute importance.

You will no longer have to “deal” with your emotions anymore, you will just have to see them for what they are and accept them.

The more you disidentify who you are with the thought, the less you will resist what is. The more that this awareness happens, the more your entire emotional foundation will rewire itself.

Mindfulness is the greatest tool, which is a non-doing but an awareness for emotional stability.

The pain may be so strong that it has gripped you, and there is nothing you can do about it, because any trying will be resistance and you will just have to let it pass.

The bridge between pain and peace is alert neutral observation.

There is no need to hate the world, to rebel against the world, when you realize who you are, then love is spontaneously born out of which.

“And still, after all this time, the sun never says to the earth, “You owe Me.” Look what happens with A love like that, it lights the Whole Sky.” ― Hāfez

When you realize that you are already free, then you will never again go out of your way to hurt someone or want them to hurt.