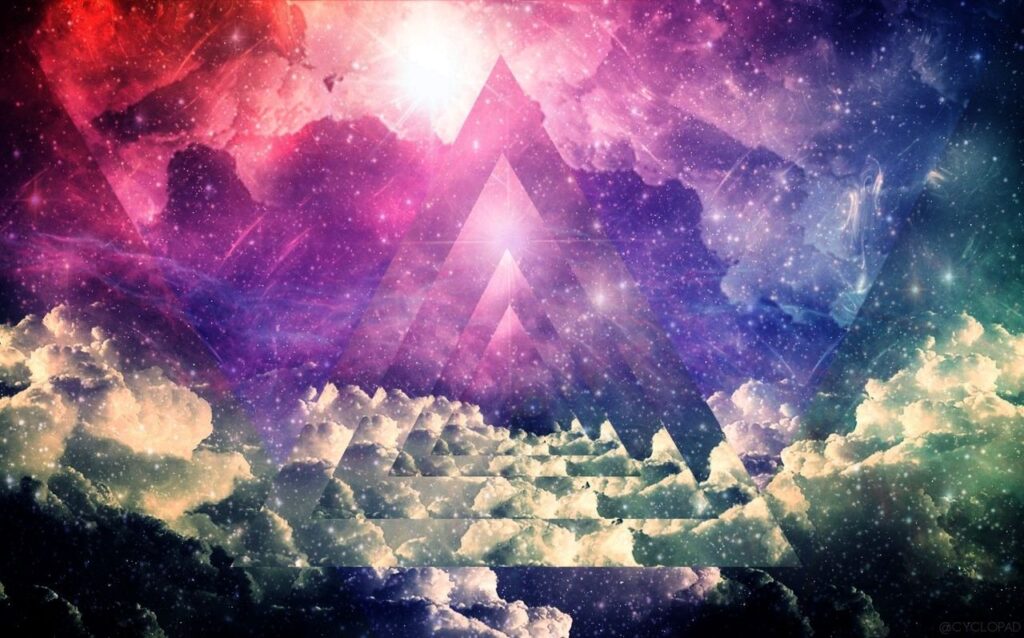 I went and visited my old roommate who upon my leaving accepted someone to take my room who is from Pakistan named Ayanna.

Ayann from Pakistan has no friends, no family and knows nobody besides the guy I used to live with and now myself.

Ayann is allowed to be here in the U.S for the next 6 months until he finds out if he has to be deported out of the country or not.

After going to visit my old roommate I had the chance to meet Ayann.

And within five minutes I could tell that he was going through major stress, anxiety and had a deep anxiousness about him.

I could imagine that it had a major culture shock here in America and has been living a deep fear of the unknown.

He was really talkative, he talked very fast and it was uncomfortable for him in silence at first…

Dominik, my old roommate, told me…Not verbatim but alone the lines of…

Before we continue, let’s discuss meditation.

And the long story short of meditation is that you allow yourself to stop thinking without the worry of the past nor the future.

For those who have gone many years throughout their life without even having a semblance of an idea that you can stop thinking about would likely have a very difficult time with this at first.

And even beyond meditation there is a term called surrender. Other phrases for surrender essentially mean to ‘give up’ or to ‘let go’.

And when you get down to the root of what you are surrendering, giving up or letting go of is control. Control of what?

This idea of surrendering is counter intuitive throughout the world that tells you to never give up, to fight for what you want and to never give in.

And that if you don’t like the way your life is going to do everything in your power to change it. You will hear words like consistency, discipline and dedication.

So then why would someone want to surrender in the first place. Well in the case of Aayan who is living in different degrees of suffering, he would want to surrender so that he can realize peace and even potentially the ultimate form of peace.

In Zen there is a saying that goes as such…

“To allow everything to be just as it is.”

In fact allow is another word for surrender.

This means that rather than trying to control reality the way that you think it should be you allow for it to be just as it is.

This surrendering or allowing reality to be just as it is, goes for your life situationally but even more importantly beyond your perception of life as a situation.

Allowing reality from a situational standpoint is limited, because of the fluid nature of all experiences.

Imagine that all situations are like water or a liquid form, when you watch how water never stays in one shape, this is the exact nature of all situations.

When water is in motion it is never one shape and never one form.

So whatever situation you accept is already becoming something different.

Whereas, when you look beyond your situation, and rather beyond your intellect or thoughts you will see that reality itself is formless and shapeless but rather than changing it’s staying just as it is, and always just as it is.

You cannot compare a single object to space, because space is void of anything to be compared too…

…and that’s why space is neutrality iself.

Our direct and immediate perception of space is the closest that there is to seeing reality as it is.

Knowing this direct and immediate perception of reality as it is…

The mind, what you think you know, what your perception is telling you that you know is clouding your judgment of reality just as it is.

And when your judgment is clouded you move into trying to control, resisting, struggling and trying to compete against reality as it is.

This always takes away your peace which already is…

And invites stress, anxiety, worry and in the case of Aayan anxiousness and nervousness.

Thus if you are always dealing with emotional pain then it is a sign that you’re not surrendering, allowing your mind to empty out so through emptiness you can see from just ‘what is’

Back to the story of Aayan.

#1.) I would only be visiting for about another 90 minutes.

#2.) He was a doctor and so he would have 8 years of doctorate experience, a whole lot of knowledge would most certainly get in the way of surrendering.

#3.) Dominik was there during the conversation with his own knowledge, perspective and opinion

Back to the idea of knowledge. If you think you know something, or have deep insight yourself it will very likely be to your detriment when it comes to peace.

Especially in this case when society praises the knowledge of a doctor, it will be more likely to have an identity that already knows and so there is no need to surrender, let go, give up and allow. Knowledge being the reason for resistance.

This is why in Advaita Vedanta which translates to the end of the Vedas or the end of knowledge ultimately is what leads to the deepest peace.

So here we were, Aayan having 30 years of labels, potentially resistance, seeing how deeply he could heal in the span of 90 minutes.

So we had to go the route that I take when someone is showing very deep levels of resistance and far too much knowledge for allowing.

Since peace is biological. And seeing reality as it is, you begin to heal on a cellular level, releasing stress chemicals in the brain. The only way that this surgical procedure could take place was for him to be shocked.

His whole brain and nervous system needed to be shocked, jolted and stunned.

It was vital that he didn’t see the medicine coming, because had he seen it coming then his knowledge was potentially going to get into the way and resist.

And it most certainly did throughout the few hours I was there and I wasn’t expecting anything different.

So I did what I have done to myself when my own personal walls of resistance arise.

I had him go into a deep visualization of what it would be like if he had suddenly woke up buried alive with a straight jacket on.

This sounds extreme, I know but it was the only way if his walls were going to be jarred loose.

Also at this point I had no choice but to take Dominik there as well. They both had to go underground.

So on we went…

“You wake up, it’s pitch black, you don’t know if you’re ever getting out, your knowledge isn’t going to save you, your doctorate degree can’t save you so what do you do? Where do you turn?”

And suddenly he went from 100 MPH of talking to speechless. He didn’t know how to comprehend the answer.

Aaayn could no longer rely on his knowledge, on his understanding or his life view.

He surprisingly didn’t resist that, but Dominik on the other hand had a spaz attack. He didn’t like it, it was potentially too overwhelming for his nervous system and as he said “Claustrophobia”

This wasn’t your ordinary claustrophobia though, this was potentially the identity’s worst knightmare.

I had to tell Dominik “You want Aayon to relax!? You want him to chill out!? He needed something that his mind wasn’t going to see coming. He needed to be blindsided.”

So I used the reference to get struck by lighting.

The odds of getting struck by lighting in a given year according to cdc.gov are “1 in 500,000”

It’s so unlikely that you will ever get struck by lightning and if you do, you almost certainly would not have seen it coming. You will have been entirely blindsighted.

“Hold on God, WAIT, before you strike me let me analyze how to digest this first. Let me tap into my wealth of knowledge to comprehend this as this happens.”

No, the lighting strike would burst through every one of your particles of your being, it would light you up like a Christmas tree and provided you survived you would have no choice but to feel absolutely everything to its fullest. No choice in the surrender.

And so whilst being underground with no escape, no possible way of knowing that there is a way of getting out there wouldn’t be just a tiny glimpse into the ultimate surrender, there would be NOTHING BUT SURRENDER.

Giving up would be the only case and not your choice.

You wouldn’t be able to say “I’m going to allow now!” No!

Allowing would be the only case and not your choice.

You wouldn’t be able to say “I’m surrendering!”

No! that’s all that you would know at that moment.

My best estimate for myself under this circumstance would be to know what hell is, to suddenly go through hell what would feel like eternity.

Every cell, every synapse, every neural pathway and every particle would be fried, the body go to 500,000 degrees celsius while eventually turning to mush.

Now, with that hell out of the way…

You would have to come to the conclusion that on the other side, into the abyss, into and through the void would be the most unbelievable heaven would take place.

A sense of heaven while still remaining alive so deep, so vast, so pleasant, so unshakable, serene, tranquil, total, complete as if suddenly the infinite universe suddenly appeared as nothing.

There would be a sense of reality just as it is so deeply that you would have a feeling greater than infinity and longer than eternity.

It would be as if suddenly there was not a single object on earth as with no thoughts, no labels everything would be invisible. The earth, the stars, the planets, asteroids and everything else would be no more. And yet there was an omnipresent and omnipotent awareness that covered every corner in every part of the universe.

The shining, sparking, glistening glow of pure total awareness would then consume every particle of your body and it would feel this way for what seemed like for the rest of eternity.

I didn’t try to paint a picture like this in his eyes, I wanted to verify what it would be like if surrendering happened and wasn’t his choice.

And by this this choiceless surrender is the ultimate surrender.

And just before I left Aayan had gone from 100 MPH to really quiet and his complexity shifted to more easy going.

I was told the day after that he had a deep release. So it turned out that being shocked was the best thing that could have happened to him in that moment, and for that I’m grateful.

And he didn’t even need guided meditation, because he was able to see that his true nature was one with the end goal of meditation and already is the case.