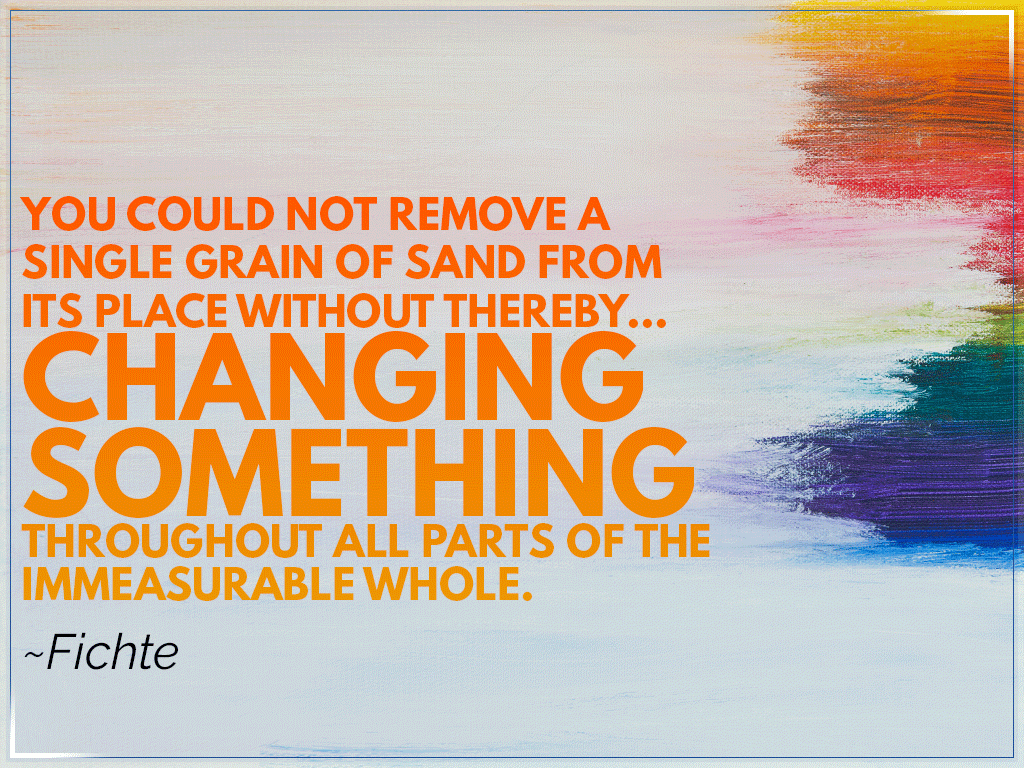 In this section we are going to look at the political world, the future of technology including the Block Chain and Artificial Intelligence from a Taoist presence point of view.

So, without further ado, let’s dive in.

Firstly, have you ever heard of major news sites releasing “fake news” or “News without certain information.” Of course you have!

You don’t have to go very far online to see someone call out one of the major news networks about falsified information.

Well, there is a great reason for that, but it’s unlikely something that the masses miss. Let’s go back to Alan Watts and regarding yet another principle on the limitation of words…

“Conscious attention, relying on the instruments of spelled-out words in lines, or numbers in lines, cannot keep simultaneous track of more than a few variables which are isolated and described by these instruments. From the standpoint of linear description, there is just much too much going on at each moment. We persuade ourselves, then that we are attending to some really important or significant things, much as a newspaper editor will select “the news” out of an infinitude of happenings.” – Alan Watts

Again, when someone says tell me the truth, such as I want to know the truth, regarding the news, politics especially those conspiracy theorists who are GOING TO GET TO THE BOTTOM OF THIS, what are they after?

The truth? Or the relative truth in this world of infinite and never ending complexity?

When someone says “That article, or news reporter, or news site withheld information!”

OF COURSE THEY DID!

You will never get to an exact truth in a world where an infinite number of things are going on at once, and by the time you read almost any article on the news, that news has already been outdated, not to mention while it was being written.

Not sure why it would be called the news anyways, because that would imply that, the information is new, when it’s outdated already.

Yes, there are things that that continue to linger, but don’t ever feel that you will be able to begin to understand the grand scheme of what is going on from the whole.

In order to know exactly how the world is being run, how it is operating, you would then personally have to have the mind of all 7 ½ billion people on this planet.

So what does this mean from a political point of view?

Well firstly, politics, in my definition, is how the world should be organized, what your morals, ethics and integrity are as the world, a nation, a country, a state, a city, a home and an individual.

Morals, ethics and integrity are actually fundamentally diametrically opposite of what it means to follow the Tao.

As a human race, we have placed far, far too much importance on our points of view, on morals, ethics and integrity, which are what Taoists would have called “looking outward.”

What looking outward means is that you (awareness) have dreamt that you are the mind, and are essentially a part of psychological time, and have placed all of your importance in time.

All your morals, ethics, integrity are then borrowed from the world, and are shaped, cultured, conditioned from others that have not been able to look at the collective from the collective point of view, which is impossible even amongst the greatest civilizations who have ever lived. Here is my viewpoint on politics as a whole.

“I know for CERTAIN, that I know nothing. And I’m not even sure of that.” – Unknown

In order for me to be able to speak about politics confidently, I must be able to know the infinite amount of different factors, the infinite complexity of the world, which is just downright impossible.

This isn’t about no longer having opinions, perspectives,  and outlooks, it’s about knowing that they are only a VERY tiny slice of what is actually happening.

There are things even presidents of countries don’t fully understand from the whole, and I should feel the right to take my outlook seriously?

Regarding the government and how the world is run, this is where technology comes in. It’s no secret anymore, that Cryptocurrency is beginning to make a large impact on the world, or Bitcoin if you will.

However, what is most enamoring to me is what Cryptocurrency is actually run off of, which is called The BlockChain.

If there was one technology from what I have seen that will essentially allow Taoism to manifest physically in the world, it will be The BlockChain.

Decentralization essentially means that any kind of authority in the world over everything you can imagine from the banks, to the media, to the education systems, to way that the entire world is run, will not be dominated by a government, but rather by the entire world.

Taoism does believe in any God, central influence, a something, or someone dictating how the world is going to be run.

Taoism is more so about the mystery allowing everything to be as it is, INCLUDING THE CHAOS.

The chaos in the world, as the way that the mind sees it, will always cycle through the world and that is absolutely necessary for the greater good of the universe, naturally, harmoniously, even if it looks “bad” according to the human mind.

What the BlockChain is really going to do is create a natural, harmonious democracy of the world, and it’s going to decentralize Artificial Intelligence, which is going to work with the human race rather than against it.

What is a popular outlook amongst the masses, and it’s also hinted at in movies, is how Artificial Intelligence could take over the world and be the end of the human race?

That same outlook according to the Tao, is that…

When your focus is outward (future) then you (consciousness) are not aware of yourself, already shaping a present moment, into turmoil, which progresses into the future throughout the mind.

Whereas, when one becomes empty, this allows presence to be as it is so fully, and so completely that that will expand mass conscious awareness, and thus enrich technology to work for us, and not against us.

The BlockChain is, of course, an outward phenomenon, it’s about a “what if” world which isn’t absolutely important, right now.

It is, however, relatively important, because if we want to continue our species and evolve, then it’s going to happen by expanding human consciousness, right now, by being aware thoughtlessly and bodily of the now.

By doing so, this is going to enrich technology such as The BlockChain and  Artificial Intelligence (outward), and it’s only going to show people the way back inward (presence, thoughtless awareness) and exponentially wake people up out of the dream of thought.

This means that the seeming separate individuals amongst the whole are going to follow the Dao, without realizing it through the mind.

This will naturally work in the favor of things the human mind does want to see, fewer people who are starving, less racism, a better collective force to team up for climate change, fewer wars, less poverty, less government corruption/accountability, better food and water security, better education systems and everything else in between.

So am I saying by simply being aware of the present moment right now, I can help keep the human race alive longer, while also thriving at a degree never seen before?

“Humanity is now faced with a stark choice: Evolve or die. … If the structures of the human mind remain unchanged, we will always end up re-creating the same world, the same evils, the same dysfunction.” ― Eckhart Tolle

What the mind will want is things to do, people to fight against for what is right (lol), opinions to hold onto about how to fix the world from the inside or in due time. The mind will not expect that simply by being, as in being aware the now is simply just not enough to redo the world for the better.

Well why would the mind feel this way?

The present moment, for one, does not exist to the thinking-mind, not through PRESENCE, and for two, the thinking-mind and psychological time (memories, anticipations) do NOT want presence, because it is the end of itself.

So the mind would almost certainly NEVER believe that simply through being, that we can create an entirely new world simply by disidentifying with the thinking-mind, and feel through the body, in between the gaps of thoughts.

Imagine if Mark Zuckerberg thought he was still too small to make a difference?

If Mark Zuckerberg suddenly woke up out of the dream of thought right now, experienced what is known as Nirvana (Absolute bliss), then I’d expect the 2.2 billion monthly active users on Facebook would suddenly be affected INSTANTLY.

Now for what Eckhart Tolle calls “The Little mind made, “me’” for those of you who think you are too small. Consider the Butterfly Effect.

The butterfly effect is the idea that small things can have non-linear impacts on a complex system. The concept is imagined with a butterfly flapping its wings and causing a typhoon.

“You could not remove a single grain of sand from its place without thereby … changing something throughout all parts of the immeasurable whole.”— Fichte, The Vocation of Man

Being that the mind cannot understand the whole by thinking about it because of the too many factors and variables, it will not know how, by expanding its conscious awareness, it directly affects the planet.

But it will also know that the Tao will do everything, in its mysteriousness, to make sure that the world gets everything thrown its way (Chaos) to cycle out through everything that is not in perfect harmony with the whole.

This includes any worries you have regarding technology, government corruption and general mass chaos. In a nutshell, it’s about ending your worry, which is always future anticipated.

Or a more basic right now level regarding your body/mind apparatus is that you no longer need to stress, and worry over how the world looks according to your mind, just simply be, and in being, be complete, perfect and fulfilled in this moment.