The Tao Is Part 2: The Tao That Can Be Named Is Not The Eternal Tao 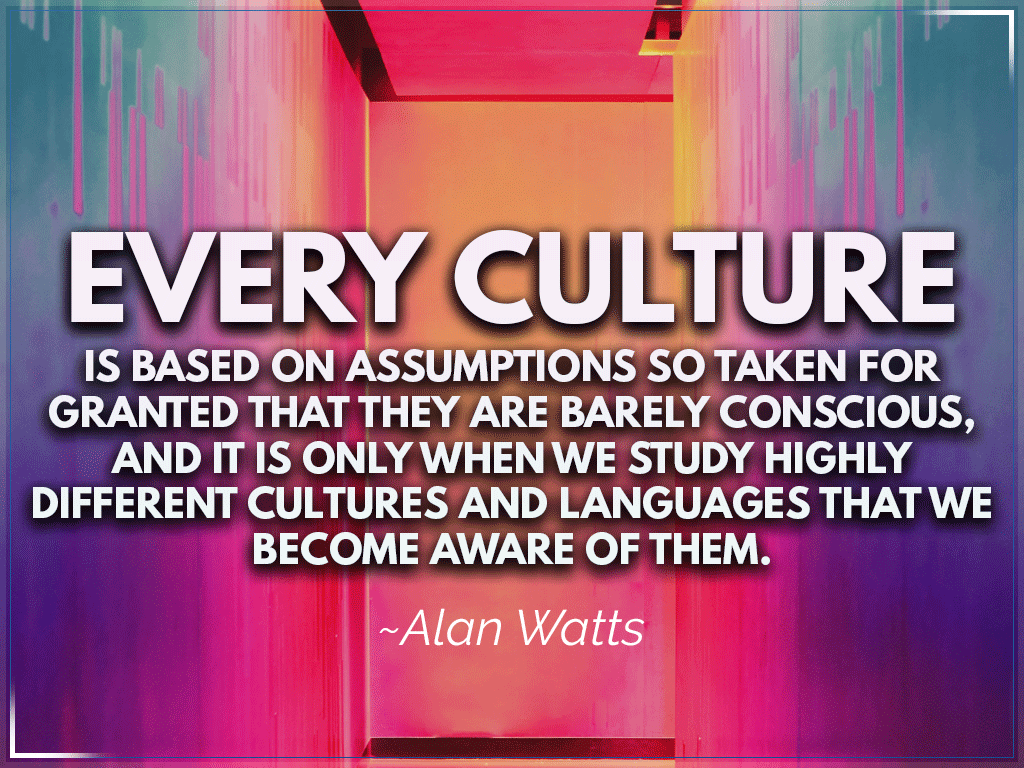 “Words are the knife with which you cut reality.” – Swami Sarvapriyananda

The first part of “Tao is” was introducing Taoism from the perspective of presence.

In this part, we are going to discuss the limitation of words and why absolutely no words or phrases are going to help you live a life of fulfillment, peace, and internal contentment.

I had gone back and forth whether this should have been a part of the introduction, but I thought it was important that you first understand on an intellectual level what presence is so that you can begin to know it on a non-intellectual level.

Understanding it on an intellectual level, or the level of thought, will better help you understand why words are limited in their nature.

The first part of this book is going to be heavily emphasized by the first chapter of Alan Watts’ book: Tao The Watercourse Way: The chapter of the book is called: The Chinese written language. For those who aren’t familiar with the background of Lao Tzu, the writer of the most historical books on Taoism, the Tao Te Ching. Lao Tzu was an ancient philosopher originating from China.

So, Taoism began in China, hence, it is from their language that, once understood, we can begin to understand communication from an entirely different point of view.

“An often quoted Chinese proverb is that one picture is worth a thousand words because it is so often much easier to show than to say. As well known, Chinese writing is unique in that it does not employ an alphabet, but rather characters or ideograms that were originally pictures or conventional signs.”

A portion of this chapter explains why it is the English language that is limited, because of its linear nature.

Linear meaning by sequence, in order, progressing from one stage to another.

We read language from left to right, all the words relating to one another, and as we continue to read, moving to the right, the order of the sentence begins to be digested by the mind linearly, registering the purpose of the sentence.

“The natural universe is not a linear system. It involves an infinitude of variables, interacting simultaneously so that it would take incalculable aeons to translate even one moment of its operation into linear, alphabetic language. Let alone the universe! Take the planet Earth alone, or even what goes on in a small pond, or for that matter, in the structure of an atom. This is where problems of language relate to Taoists philosophy.”

This is where problems of language relate to Taoist philosophy, for the Lao-Tzu books begins by

What this is essentially saying is that the only time that the Tao can be followed, non-linearly, timelessly, is through presence.

The mind, in the very deepest core of its nature, understands the same way that it created a language to understand linearly or before, now, and after.

In fact, if some people understood that time doesn’t exist in the absolute sense, it might not be that shocking to them, and their lives would not change in the least bit by knowing that.

“So what? I’m here and have always been here, and life continues to move on regardless.”

However, the entire point, and the basis for coming to the obvious fact that time does not exist, is not for it to be understood as a philosophy, a perspective, outlook, opinion, or viewpoint (intellect).

You cannot wait to breathe, breathing is occurring now.

True transformation will not happen on a linear level, although it can happen in the future the way the mind understands it; presence is going to be known through the body right now, and only right now.

Trying to understand “feeling presence” by using the mind or using any words that are written, is not going to register in your essence.

“Our organisms have ways of intelligent understanding beyond words and conscious attention, ways that can handle an unknown number of variables at the same time.” – Alan Watts

This is where the ideograms or graphic symbols in the Chinese language come in, as it pertains to Taoism.

You can see here that just a few icons can describe what we would call an entire sentence. It’s kind of like for you Emoji junkies out there, how you’re feeling and typing it out using absolutely nothing but an emoji, like the picture below.

Say, for example, you’re feeling sad, and you want to let your BFF know that.

You would not need to write out an entire sentence saying that you are sad. That one sad emoji does that for you.

Now imagine an ENTIRE LANGUAGE using nothing but Emojis. How much simpler your life of communication through texting and Facebook Messenger would be!

Meanwhile, not leaving a single expression, emotion, or feeling from being left out.

“Every culture is based on assumptions so taken for granted that they are barely conscious, and it is only when we study highly different cultures and languages that we become aware of them.” – Alan Watts

Alan Watts could possibly be showing us in one quote here how, from the very start, our LANGUAGE has created a lot of suffering in the English lives of those who are attached to words and their meanings.

“We cannot talk of “knowing” without assuming that there is some “who” or “what” that knows, not realizing that this is nothing more than a grammatical convention.” – Alan Watts

Remember, in the introduction, how what ‘we’ have always known was knowledge, mind information, mental understanding, and intellectual knowing, and that ‘we’ is a group of people who are likely identified with the thinking mind.

So, what we know is already misconstrued. If you take yourself to be the thinking-mind, which is unconsciously accepted for “I,” and then we take that “I” to know, which is only a linear system of patterns learned by a culture that was doomed from the start of thinking that the English language, can set you free.

And by the way, this is in no way, shape, form, fashion against the English language.

If it were not for the English language, I would not have likely awakened to presence, and there would be absolutely no communication on the part of most of the world. Even would not be able to write this article to begin with.

Words are VERY POWERFUL TOOLS, especially when they are learned to be used in a fashion that points you away from their own non-linear nature.

Alan Watts regarding the natural flow of the universe…

“We have no idea of how many variables could be distinguished in any given natural situation. A variable is a process (e.g., melody, pulse, vibration.) which can be isolated, identified, and measured by conscious attention.”

And by conscious attention, he’s referring to the attention of the thinking-mind here.

He’s simply saying that there are different factors in the world going on at one time for us to ever believe that the thinking mind could understand, grasp, or interpret the universe as a whole, which renders a limitation in words again.

So, then when someone says

“I DEMAND YOU TELL ME THE TRUTH!”

“I DEMAND YOUR HONESTY!”

What truth are they referring to?

The relative truth in this world that has INFINITE many things going on at once?

Or the truth of your being, which is and cannot be denied?

The truth lies inside the smell of a flower.

The truth lies inside the taste of honey.

The truth lies inside in the feel of something soft.

The truth lies inside the sound of music.

The truth lies inside the sight of the moon.

The truth lies inside the drinking of water.

And the truth is, you cannot smell from the WORD, flower.

You cannot TASTE the WORD, Honey.

You can hear the WORD, Music.

You can see the Moon from the WORD, Moon.

And you cannot drink from the WORD, Water.

Just as you cannot feel the words present moment, you can only feel this moment, through PRESENCE, through the breath.

“When your last breath arrives, Grammar can do nothing.” ― Adi Shankara

The point is, the most significant thing (isn’t a thing) on this planet IS this breath.

Now, let’s take this a step further and look from the standpoint of Politics.

The Tao Is Part 3: Politics & Technology