The Roots Of Conditioning 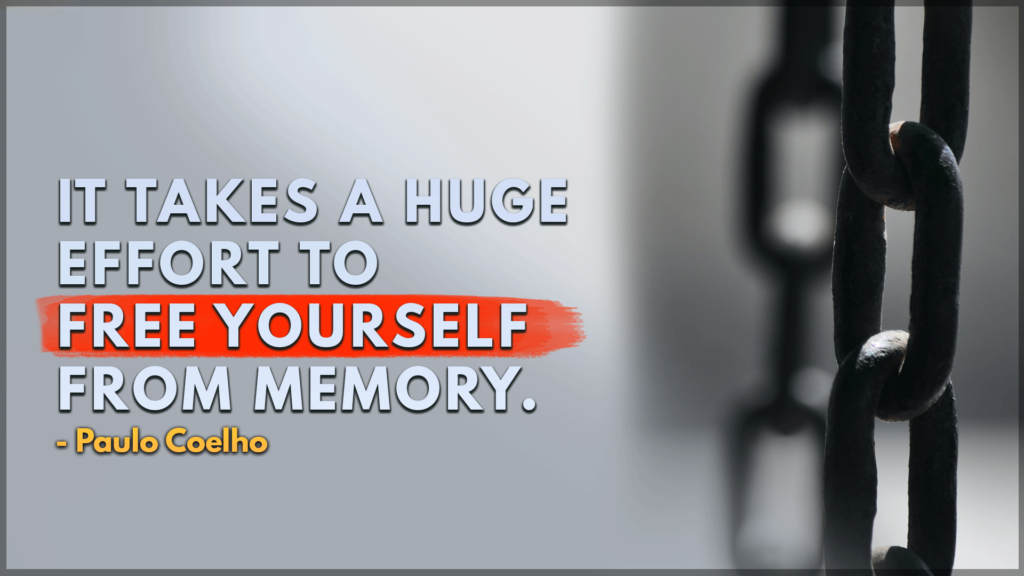 In a world full of media, education, belief systems, opinions, perspectives, and influence, people seem to think that the mind is being conditioned and programmed.

The mind in its truest most logical sense is collective storage of all your thoughts from the time you grew the ability to think.

To say that the mind is being conditioned or programmed from outside influences would be a major understatement.

The mind itself is the conditioning and programming.

The mind is like that of a computer; a computer isn’t machine-like, it is a machine.

This machine-like intelligence is great for surviving things like entrepreneurship, achieving your dreams, or whatever you would like to use it for.

However, until you realize that you are not this computer like intelligence known as the mind, you will be run by the mind and by the conditioning itself.

If the only thing you know is the conditioning, then everywhere you look, things will always seem a little unconformable and off.

Once you know true self as the one who is here when the computer loses power (thought) the state of pure brilliant silence rises.

You think you are the computer itself, in which you will be married to lack.

Or you have divorced your identification with the computer and you will realize yourself as fulfillment and freedom itself.

Have you ever heard of the term “conditioning” when it comes to either exercise or athletes?

An individual’s mental and physical state is usually referred to as “Out of shape.”

A particular sport’s objective is to alter the state of the individual’s mind, body and, in many cases, the collective state of the team.

If your mind is the conditioning itself, then it is the thoughts, feelings and beliefs from the collective mind that are the seeds of this conditioning.

When a newborn baby enters the planet, it is not born of this world, he/she gives birth to the world.

Every new born that comes into the world gives the earth new oxygen, new light, a new sunlight of perfect creativity.

As a baby does not have a mind yet, because it has yet to have a single thought, there is no conditioning; so a new born baby’s freedom and creativity are at their peak—not creative in the physical manifestation sense, but in the uncontaminated livingness creativity; it knows nothing but aliveness.

Ground zero is peak of life.

A newborn’s very ignorance to the world of things is it highest intelligence. As the babies age what starts to happen?

They become toddlers and start wondering around in no thought for the parents to tell them “NO!”

“NO!” then becomes a consistency; after all, parents must protect their little sweethearts, & the best way to do so is to be a parent with the power of “knowing better.”

Then the toddlers from one part of the assembly line from “no!” instantly move to the next part (like daycare) and this is where the computer begins to be strengthened.

Society will tell you education (that creativity) is only important if it means you are following the system.

It means thinking this way, following the rules, having these values and harshly being told, “Remember what I told you.”

The education systems that are currently put in place destroy our creativity, and what destroys our creativity is a freedom assassin.

A great deal of the corporations/media instills in us the belief that education is directly related with intelligence.

The irony of this belief is that it’s the very foundation of good portion of our conditioning.

What are we told from the very beginning of schooling?

“Get good grades, so you can get a college degree and get a good career.”

Speaking of careers, that is also another false belief that is directly related to what we think is intelligence.

Society will say, the more you make in your career the higher in intelligence you are.

So the youth goes on being obedient to the education systems, believing each and every thing that so enters its mind and becomes its average process, the HTML of a computer.

This conditioning that is accepted, that is highly regarded among society, starts to shape mind/body into a mechanical person.

This mechanical person becomes extremely dependent on society for its answers.

How to live his or her lifestyle, how are they going to bring in money to survive, who they should date, what kind of interests should they like. (Cough, Kardashians).

Take a good look at social media now days: society has cunningly made social proof a commodity in today’s day and age.

Outside of the education systems, politics and religion are the next two that have beaten us down with beliefs.

Depending on your level of conditioning of society, we have to go with what will be perceived by the mind as going backwards; but, in reality, the biggest step forward we have ever taken is to completely lose and unlearn everything we have been taught and to start back from ground zero.

This is horrifying to the mind, because it is afraid of what it does not know and of uncertainty.

When society tells you how things are and how they should be, there is a level of certainty inside that if I just follow the rules, the guidelines, then everything should be taken care of.

This is a grand illusion, because it blocks you off from completely flowing instantaneously throughout your life.

What it is like to be a newborn baby, the true source of your flow, is available to you right here and right now.

This true source that is available to you right now is your conscious awareness of right now.

In order to be aware of what is here (even when the thought shut down and the computer gets unplugged or over heats) feel the space between the thoughts in this instant that is not worried about who, what, where, why, when, or how.

It is not worried about subject or object because this space is forever neutral which is why it is here forever.

Contrary to the education systems, memory is the opposite of intelligence.

It is the complete opposite of supreme intelligence because it keeps you locked into what you think you know, which is the conditioning itself.

Memory is the endless vault where the conditioning stores all of its seeds of thought.

“It takes a HUGE effort to free yourself from memory.” – Paulo Coelho

The more that you can remember the higher the grades you will get.

Studying for a test or an exam is nothing more than to cram your memory packed full of information so that you can give birth to all that information on the test.

There are basic survival needs stored within memory that the mind/body must hold onto for the time being in this time dimension.

The bottom line in this world is that a person himself/herself is the mind and conditioning, but you are not a person or a mind.

Being a separate person is also a part of the mass hysteria.

When you begin to be aware of the thoughtless space that you are, then the conditioning—or mind—will have a lot less control of you.

The more out of shape you are, the less conditioning has a grip on you, the more flowing through life, and the more weightless freedom can float.