The Non – Movement Of The Collective Human Consciousness 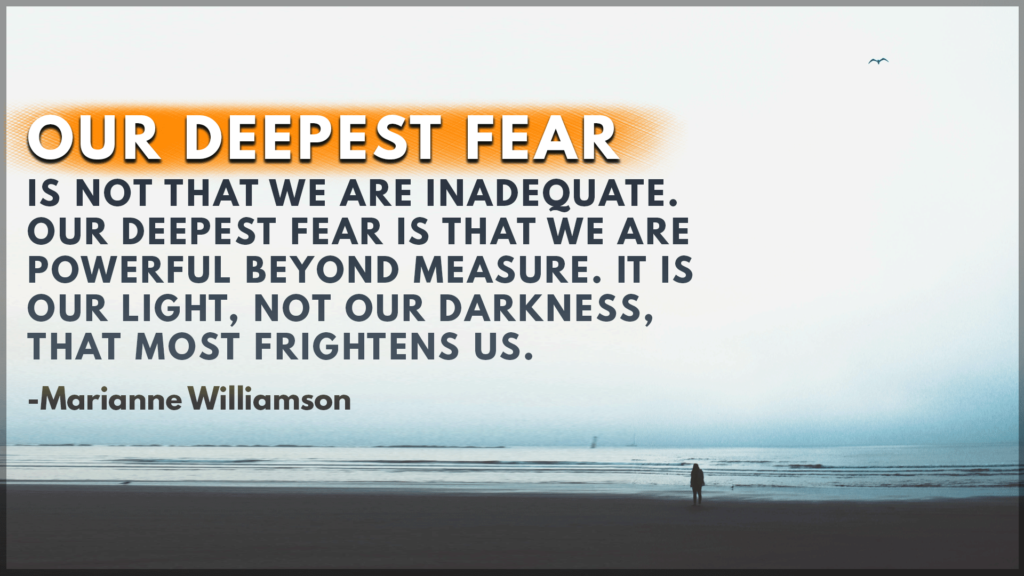 Do you know why people want to create movements?

It’s because they are fed up with what has been established in society as “normal”.

In fact, it can be said that a movement is a ‘moving’ away from what has been accepted as normal.

Let’s not mistake it though, anyone who is interested in starting a movement is generally not thinking small. They are thinking in terms of creating change on a mass scale, and, more often than not, on a global scale.

Someone who wants to be the leader of such a movement has already come to the realization that they would never be able to make a mass impact on the world by themselves.

Now, for those who begin to succeed in such ventures: well, for every superhero hero, there is a villain.

It’s safe to say that a great amount of the world is still scared of death & of change. We attach ourselves to the way that things are in life and hope for them to stay the same.

But, wait a minute….

Life is in a constant flow of change. Change is the only thing that happens in this physical world.

This is an absolute law based on time passing, and yet, months could go by in people’s lives without there seeming to be much change.

Things generally seem to be the same, even if something drastic or crazy does not happen.

This is why there is a difference between the fluidity of change and quantum change. Both are happening simultaneously. In fact, there is not a difference; there is only a difference in perception.

It is in the quantum or exponential leap in our perception of time and change that people are most significantly afraid of death, and it has to do with feeling secure with what we know.

And that is the goal of a mass movement, a quantum shift in mass perception.

This is why those “villains” – non-believers or opposers of movements— refer to them as “cults.”

Even if deep within people’s intuition they can feel the overarching benefits of the change, their minds are too strong-willed to allow such quantum disarray among what has been accepted.

Let’s just say, for example, that there is a movement happening, not based on anything particular, but something that a mass of people feel is going to impact the world in a way that shifts humanity to the next level of metamorphosis.

The villains, in this case, would be the ones who are afraid of exponential change amongst the world they are comfortable with.

Take if from Marianne Williamson,

Being that the human mind, or thought itself, is a very small component of consciousness, it is the human mind that is afraid of evolution because it will mean going through a significant death, or deaths…

Ego deaths, which are the mind’s attachments to its beliefs, opinions, likes, dislikes, achievements, favorites, preferences, biases, and judgments.

When the death of ego happens, consciousness vibrates through your being, manifesting bliss, joy, and deep peace.

Let’s take a deeper dive into the true essence of a cult, which is a group of bonded egos.

This is a picture that comes to mind when I think of cult and what I have heard many others say as well. And yet, you can take a much closer look in your very own state/town/neighborhood to find that of a cult.

When you hear the word culture, what you will notice is that the very world cult lies within it.

That’s because they are the same exact thing.

True cults, as we knew them, like the one up above, have a set of collective values, principles, morals, and ethics.

Essentially, a cult is a set of guidelines that is agreed upon by the popular vote on how to see things, what to stand by, and how to act as a result.

The point is, this is no different than the very own culture that you have grown up in and those that differ across the world.

The household you grew up in had rules that you had to follow. It goes far deeper than that, however.

Did you ever notice that the town you grow up in, that area’s sports team the town or city gravitates towards?

How about the music you listen to?

Why is it that all ‘teens’ listen to what’s considered the cool stuff, the rebellious stuff

What about the TV shows you pay attention to?

The religion you partake in (if you do)?

Sports teams have created some of the biggest, if not THE BIGGEST cults on this planet. Trust me; I have been a die-hard sports fan since I was 11 yrs old.

It just so happened that both my father and my grandfather were also die-hard sports fans.

The clear answer is that all of this is no different than what an actual cult is, it’s just more civilized.

Some of the greatest civilizations, empires, and kingdoms, NO MATTER how strong they were, did not last.

Do you know how many times I have heard that Hitler almost conquered the world?

And yet, he did not.

All structures, forms, methods, and formulas, no matter how amazing, how powerful, how dominant they seem, WILL COME TO AN END.

This is the law of the universe that our collective beliefs on this planet will come to an end.

Take it from Eckhart Tolle in A New Earth: Awakening to your Life’s Purpose:

“The ego is destined to dissolve, and all its ossified structures, whether they be religious or other institutions, corporations, or governments, will disintegrate from within, no matter how deeply entrenched they appear to be. The most rigid structures, the most impervious to change, will collapse first. This has already happened in the case of Soviet Communism. How deeply entrenched, how solid and monolithic it appeared, and yet within a few years, it disintegrated from within. No one foresaw this. All were taken by surprise. There are many more such surprises in store for us.”

Or from Mooji in Vaster Than Sky, Greater Than Space: What You Are Before You Became

“Time even eats entire civilizations and buries them beneath the earth. Some ancient kingdoms are buried so deep that only archaeologists can find them, digging them out with great effort because time has devoured and buried them. Every name, every form you see, time will change, eat and swallow.”

The point of discussing this is that many movements are based on subjectivity, opinions, and biases, and all of these are forms that will be wiped away by time.

Consider how the collective human race “thought” in the 100s?

The way we think collectively has changed and will continue to change for the rest of eternity.

Anything that is not based on absolute reality will be destroyed by time.

Movements (cults), based on a collective group perspective, values, morals, and beliefs, may shift the perception and have an impact on the world but will ultimately be destroyed by the passing of time.

This is precisely why the world does NOT need movements. What the world needs is a collective evolution of consciousness….

Even if this looks like a movement on the outside, it will be more of a collective shift in the paradigm.

I don’t believe this because it is not a personal opinion or belief of mine, but a deep inner knowing.

The reason I know is that I now see how The Matrix works, and thus, I found out what is real.

“Nothing real can be threatened. Nothing unreal exists.” – ACIM

Consciousness does not rely on belief, viewpoint, perspective, or opinion relative to ANY ERA of time.

This is why the evolution of human consciousness is not a cult or a movement; it is the collective awakening to the NON-Movement of “THINGS.”

Moving implies that it’s fluid, it moves from past to future and from this to that.

In fact, the evolution of consciousness does not rely on the collective. It can only happen on a seeming individual basis.

Movements are always about changing the outer environments, others’ perceptions, and viewpoints.

The evolution of consciousness can only happen from within the individual.

It’s not about the separation of inward and outward. It’s about seeing that they are not separate.

“Looking within is not a direction. It’s a dimension.” – Sadhguru

The collective focus has been solely on the outer dimension and not having a relationship with the inner dimension, the formless dimension of timeless awareness.

So, how does this dimension look?

Consider the voice in your head for a minute.

The voice we call the human mind. The thinker of thoughts.

Can you control this voice?

Can we control these thoughts?

Or do they just happen?

The outer dimension that I’m speaking of above is this mind that thinks. The human race has been ingrained, deep-rooted, and entrenched in its own collective mind for centuries.

There must be something else, though, because, as I said previously, if your perspectives, opinions, and beliefs are fluid, then “you” would leave with them when they leave.

So, if you continue to stay here, then you must not be them.

Who is the one who is paying attention to the thought itself?

The answer to this lies in the inner energy field of your body, and this feeling is that inner formless dimension that does not rely on time.

Because when you go into this inquiry of who pays attention to the thought, it brings you into presence.

Feeling that I am present is the absolute state of consciousness, which can only happen through the subtraction of all thought.

Thought, in and of itself, means looking outward.

Looking outward in terms of creating a movement means I don’t like the way the world looks (based on the past), therefore, I must create a movement to create change (based on future), both outward-looking.

The feeling that you get right now when you observe the one who is thinking does not leave you.

It is always underneath the thought, regardless of what situation or circumstance you find yourself in, which are both based on past and future.

This feeling of observing neutrally is feeling a deep presence, which does not rely on time & thus it is timeless.

This consistency is the evolution of awareness, known as consciousness.

What will happen is that anything not based on absolute reality will vanish right before our eyes, and we can have a quantum leap in perception without moving a muscle.

What is happening when you’re in the feeling aware presence is non-movement.

It is the feeling that my mind does not need to go anywhere for me to be completely and utterly free.

It is the inner freedom that the human race is looking for, not for things to change which is happening anyway.

The inner freedom of the individual is what will spark the biggest impact on the world that we could not possibly imagine.

If there could ever be a teller of how the human race is evolving, regardless of what era it is, it could be how collectively free internally we are on a seeming individual basis.

And it will always come back to our feeling aware presence, the inner state consciousness, and the non-movement.