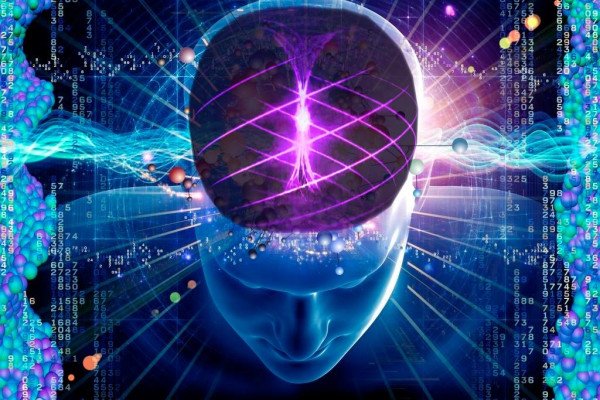 My father was the closest person in my life by a long shot. It feels like looking back we have lived many lifetimes together when you add all the different experiences that we have had dating back to when I was a young child.

He was what you would call a backbone of intellectual, emotional and life support.

We had our ups and downs, but in the end, he was not just my father but a best friend too.

When I say that it had been the toughest time of my life, words can’t really describe the pain, the grief, the despair that experienced during not just the time he passed but leading up to it.

My father was diagnosed with cancer of the liver back in 2014 and got a liver transplant during 2015.

Aside from the few months just after his transplant life had gone relatively well up until 2019 when he was diagnosed with cancer of the liver on his stomach wall.

His cancer spread fast throughout his lungs, and stomach and from the time of Christmas of 2020 until the time of his passing made his life a living hell.

And not a Hell that I wish on my worst enemy. In fact, since I wasn’t there to experience directly what he was going through I couldn’t possibly begin to describe his experiences.

Within a span of 14 months, he had been rushed to the hospital from diarrhea and vomiting because his kidneys were failing him.

He was in the hospital for roughly 120 days in that span of 14 months.

Living in agony, despair, misery and slowly but surely hopelessness.

I moved in with him the last 8 months before his passing because he was bed ridden, had to get liquid injections 2 times per week to keep him from dehydration.

It was awfully depressing living with him having to watch my father who at the age of 56 couldn’t eat anything, could barely get up to use the bathroom and who could barely stay awake a few hours per day.

Side Note: THANK GOD, I’ve had 2000 hours of meditation because I’m not sure how I would have dealt with it knowing how hard it was to begin with.

On May 20th about 9 P.M I got a call from my grandmother who was at the hospital…

And she said, “Matt, come to the hospital now.”

So, I rushed up to the hospital having a pretty comfortable feeling this was it.

So rushed up there and there my family and I sat waiting for the inevitable.

Earlier that day he had to sign a paper saying, “Do not resuscitate.”

And I watched him sit there with the conclusion in his mind that this was it, but he was in so much pain during that time that he couldn’t stay awake to stir over it.

About 1 hour before his passing, he stared directly at the ceiling like his soul was leaving his body. (Of course, figuratively speaking)

He looked very similar to how I picture myself experiencing Nirvana Aka the total annihilation of every single last ounce and drop of worry, stress, anxiety, fear and agitation.

But experiencing Nirvana whilst at the same experiencing the total undeniable arising of the ultimate peak of joy, bliss, serenity and tranquility.

This is not by any means to assume I know what he had been experiencing during that moment.

My Grandmother and Aunt asked him what he seen. What was he looking at during that time where his eyes were so fixated upwards towards the ceiling.

And just after that he went back into a sleep for about an hour until his final passing moments.

As we all hovered around him, back when his eyes towards the ceiling. And it was as if my body knew what was happening because it went into a super shock.

I was completely totally shocked at what my body was doing. I had heard about people going into shock, but never knew what it meant until that moment.

My hands broke out in hives, went red and my body felt numb while at the same time buzzed.

A little later on when we sat down, as I watched him pass away, I blacked out for two seconds.

And then he looked off in distance with his eyes half open half shut. While his breaths got deeper and deeper, & shorter and shorter until not another breath was taken.

I stood up, put him arms around him put my head the pillow and bawled my eyes out.

He was gone. The father who I had known and spent time with for 32 years was gone. No more.

For the next several days I lost it, I was suddenly helpless and hopeless.

Eternity is a long time. And to never be able to speak to him again. Laugh together. Talk about life, interests, passions, ambitions ever again are borderline an impossible pill to swallow.

In fact, I’m getting emotional as I write this.

The next day I was looking at some of our old family pictures, of him when was younger with some of my toddler years and years of us growing older.

I cried so hard I felt like a newborn baby fresh out of the womb.

It took a good week before I could even gather myself, and still to this day I have brief moments of depression. Sometimes longer and sometimes shorter.

I’ve had several perspectives arise in me since then, both throughout my day and during meditations.

#1.) External Materials & Phenomena are limited in a relative sense and nothing in a total sense.

My father did a will & a trust so that if he passed, I would get some of his assets or things that he owned worth of value.

As time passed, I would look at the things he owned with a perspective. But first I would like to say that for a long time I’ve known the limitations of all material things and external phenomena.

But his passing intensified that knowing. I would suddenly look at a dresser, a couch, a table like they didn’t mean anything at all besides their relative value.

In comparison to the essence of who my father was in the truest sense, this chair doesn’t have a soul, or an essence it doesn’t mean anything.

This couch, fridge, stove can’t sit there and exchange energy with you on a deep soul level. They can’t do anything for you besides their relative value amongst society.

It may seem as If I don’t appreciate this stuff, but in fact I now appreciate more than I did before BECAUSE I know of its limitation, I can now see the intrinsic value of everything around me.

There is a deeper gratitude, and contentment with the materials I do own, but ultimately mean very little in comparison the experiences with living breathing life forms.

#2. Why do I get to live and not some other people.

Life works in mysterious ways, where some people get to live, and others don’t and when you look life itself has zero morals and or judgements about who gets to live and who doesn’t.

I wasn’t or am not any more or less special than anybody on planet earth. Special is just another label that boxes us in from experiencing the direct, immediate undivided, formless unborn present moment awareness.

I now look at life as through the lens of death awareness on any given basis, where each breath could be my last and I’m living in an illusion if I don’t think so.

“You never know if you’re going to live long enough to take another breath.” –

#3. Eternity is a long time but not

When someone leaves their body, they aren’t coming back. Really pay attention that period at the end of the last sentence, that period is there for a reason.

That period means for the rest of eternity, forever. That had been very hard for me to cope with given, that he’s been there, I just seen him, experienced a conversation what just seems like yesterday.

Any time I wanted to hang out, talk or do something it was just a matter of messaging in telegram where we used to communicate.

The fact is, our minds cannot wrap our head around eternity because we can only compare our experiences in terms of time, past & future.

Eternity is a long time.

How can you compare time to that which lasts forever? Any experience that you have is nothing in comparison to forever.

Our lives of 80 years are nothing in the grand scheme. Everything is fleeting, and everything that is currently being experienced is moving directly into gone forever.

Which is why Papaji says that

“The highest truth is that nothing is happening.”

What is happening truly in comparison to forever? Nothing at all.

It may seem illogical, abstract even when you think about the situations and circumstance that ‘happen’ every day in your life.

But you can’t question the undeniable fact that EVERYTHING is fleeting, ephemeral, transitory and short-lived.

There is however, one fundamental way to transcend the idea of death and that is to live more deeply present in the here and now.

Even if I continue to have tough moments when I realize my father is gone for good, I have to come to terms with it by living here and now.

Living more deeply here & now doesn’t mean moving on, it means living right now despite the facts of his passing.

But when you look at the current present moment experience you will see that it does not arise from anywhere that it is just is. And that because the present, the here, the now just is, it’s unborn.

So, by recognizing that which isn’t born, you at the same time (now) realize that which cannot die.

Only something that is born can die. They are yin to each other’s yang. Just as day relies on night, the sun relies on the moon, left relies on right, up relies on down, death relies on birth.

Which is why present moment awareness is another way of saying unborn deathless awareness.

No, I wasn’t intending on this ridding myself of the depressive moods of my father’s passing, or trying to move on even, but to be FULLY with those experiences. Because when they are arise, they arise in ‘what is’ and ‘what is’ is right where life knows itself.