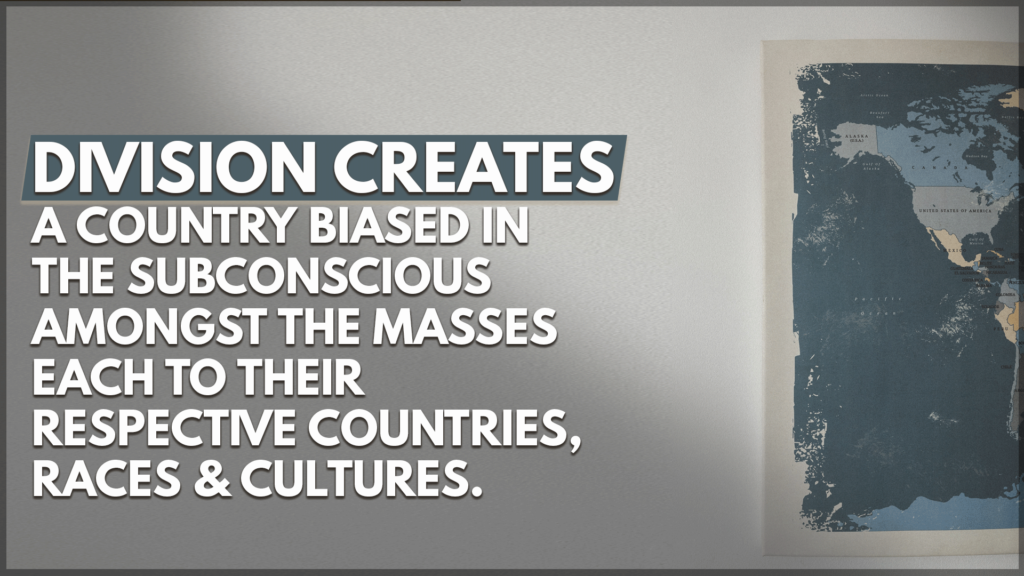 It’s no question that racism has been occurring now for the past few centuries and still widely exists today.

However, if you take a closer look, contrary to what the media shows, racism as a whole is improving.

If you are an avid user of social media, the internet and or watch the news you would think that we live in an extremely racist world, which just simply isn’t the case.

The media magnifies these stories, so you’re looking at the world as a whole through a magnifying glass.

Situations where people have conflict over racial discrimination are lessening overall.

Even if you go back 80 short years ago, relative to how long the world has been around that’s a blink of an eye and you will see the world in particular the western culture almost completely divided by racism.

African American kids were not even aloud in white bathrooms.

Sports had their own leagues AKA The black negro leagues, the workplace was divided, school systems and many other considerations that created division within societies.

Fast forward through history and there are more multi race and multi-cultural groups of friends than ever before.

So don’t let the news and media who go out of their way to magnify the racial situations make you believe this world as whole is racist.

If you consider the ‘human race’ has divided itself by placing a labels (skin color) on human beings.

This lady beautifully sums up what need to unlearn this “bigotry” as she calls it, in other words racism.

It sounds cliché to say that regardless the skin color we are one race the human race, but just because it’s cliché doesn’t mean it has any less significance.

In fact, if you take a look what cliché means, you will see that it means ‘popular’ belief, meaning most of the masses out there really do feel that we are one race, not separated by labels.

Now take a look at how families are starting to shape.

No longer are you seeing biased relationships with skin color, friends are more open to other races and ethnicity than ever before.

In fact, there have been scientific studies done to project what the human race may look like generations down the road.

That race itself is transforming, which means eventually there won’t be the need to be racist as humanity is officially starting to come together.

Then if you take a look at the different countries you will see that one of the big things that create separation is a direct equivalency in religion.

One of the core teachings in spirituality is to awaken from the detachment of your mind which is the creation of the ego and its attachment to things, beliefs, perspectives and ideologies.

It’s the ego that is attached to its race, it’s culture, it’s beliefs and its religion. It’s not the individuals fault however, it’s the collective mind’s lack of awareness that we have been conditioned now since the beginning of the human race.

As the planet continues to awaken spiritually which means to be free from the attachments that the ego has created, racism will continue to decrease at rapids rates never seen before.

In fact, if you take a look at how racism continues, it’s from culture, from parents attached to old historical beliefs that racism keeps “me” safe and continue passing it down through kids.

Often times what I have observed is that although it may not be as blatant as it once was, you can tell through people’s energy, that they still have those biased, racist tendencies that have been passed on from past generations & hardwired in the human mind.

Energy speaks louder than words a lot more often than not.

Year by year, day by day, minute by minute the world is becoming less and less racist.

I know what the ego might think. Well I clearly don’t pay attention to the news, because If I did I would very well know that racist things happen every second of the day.

The problem with this statement is that it’s from the ego and because of that it’s just simply not based on absolute reality.

How many non-related racist things that positive things do you think happen in the world in comparison to the racist things?

Not enough in one day for you to count in a single lifetime.

How many positive things does the news talk about?

Or goes viral and ends up on the Facebook trending news topics?

Negative news generally travels MUCH further than positive news, because when things are going well, then Meh but when they aren’t then watch out!

I’m not saying people don’t pay attention to positive and they don’t thrive off of it, it’s just that the negative news seems to have a lot more OOMPF, in terms of traveling around the world.

How do you suppose that Martin Luther King Jr had made such a large impact on the way we currently view racism?

And it doesn’t take a huge amount of effort and find articles of people discussing how things used to be back in the 1800s, which still isn’t really that long ago relative to human history.

If look at the 1800’s and today, you will see that there is clearly a big difference in the way that the collective society looks at the other races as a whole.

Bringing the world together is not just about having being less biased, less racist it’s also about seeing the world closer to what it is and a less distorted view from the media.

Having a distorted view about racism via the media, makes people think that they need to choose a side which creates more division.

Choosing sides, is usually a subconscious thing, it’s subtler, wanting to be a part of something, a movement of sorts.

This doesn’t mean the world doesn’t have a long way to go before races become completely united, but it does mean that we are trending upwards as a human race in terms of uniting.

Does this mean society acts on this?

Although the world has come significantly further in terms of racism, however when it comes to the division in this world, we have a long way to go.

When you have countries going to war against each other which automatically creates a division.

This division creates a country biased in the subconscious amongst the masses each to their respective countries, races & cultures.

This means there is a lot of inner work to be done, amongst the entire collective.

So what can you do?

What you can do is start seeing that world as one race, in order for it to transcend to newer heights at a quicker rate it will be you on an individual level to understand that the world is one race and one love, from within your heart.