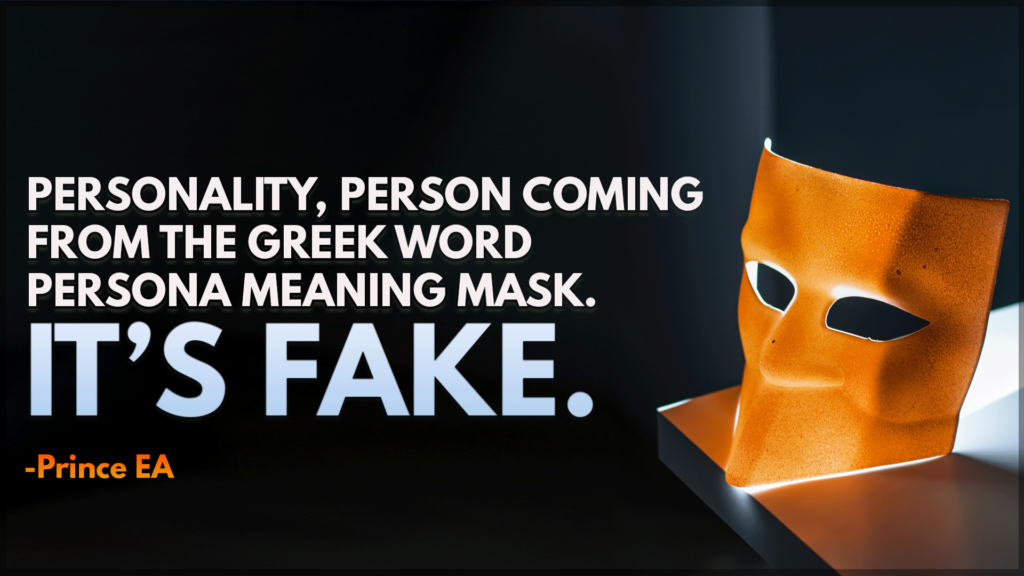 Back in 2009, I had just recently graduated high school and joined a multi-level marketing company called ACN.

The personal growth and self-help section is extremely popular in MLM’s, and rightfully so, because the extent of your growth as a person is directly congruent with your growth as an entrepreneur.

And although I had never even remotely come close to succeeding in that business, it’s safe to say I had completely zero understanding of what personal growth was and joining ACN had changed my life forever as a result of introducing the self-help industry to me.

It did take me the next five years of suffering and misery to really dedicate myself to personal growth, but once I did, life was never the same.

In 2014, I had finally been fed up enough to dedicate my life to personal growth, but it wasn’t until in 2015 I accidently ran into a spiritual audio called The Power of Now.

I didn’t really understand it at the time of listening to it, but something inside me felt something deeper than I had been getting with the personal growth books I had listened to, and I wasn’t sure what it was.

Fast forward about 3 months and I had gone through another situation of suffering, so I decided it was again time to take the deep dive, as I called it, into The Power of Now.
My life has never been the same since.

I’ve been enamored with what the clear differences are between personal growth and spiritual growth and how to balance them, to extract and absorb the most potential and highest state of bliss possible in one lifetime from both psychological needs, as well higher states of consciousness.

This is not putting personal growth and spiritual growth up against each other, as eliminating competition is one of the basics to higher consciousness; this will simply be a measurement between the two.

The clearest way to get a clear basis of the difference is to take a look at the authors/icons in each.

Now, when I say authors when it comes to spirituality, I mean that I’ve read online little bits and pieces of hundreds of authors in the “spirituality/new Age” niche, and I’m referring to the authors that have guided me the closest to internal freedom, which is the main objective.

Back in 2009 when I started ACN, I was introduced to authors such as…

These are the bulk of the most known personal and self-development gurus of whom I’ve studied the writings and videos of each quite thoroughly.
In the spiritual realm…

It’s necessary to point out that, regardless if you’re more interested in becoming a better person, more motivated and ambitious or becoming more of who you are at the deepest level (spiritual growth), that the ending is the same to improve the experience of your life in some way, shape or form.

However, with that being said, there is a very different foundation and structure to the way that these teachings are centered.

Self-development is about rewiring the way that you think or shifting your paradigm as Bob Proctor likes to call it.

Your paradigm is the overall—or average way—that you’re used to thinking, whether you are looking to be more motivated, to achieve success or to get along better with other people.

Self Development is not about putting more information in the mind and simply about realizing who you are, in the most absolute sense.

It’s not about being against the mind, in fact it’s the opposite, the more you realize who you are, the better you will be able to use the mind.

Self-development is more logical based, a lot of it could be looked as a positive psychology or even the scientific study of how to achieve and get along with people.

Self-Development does promote going to another level of logic however. You have your basic societal logic of going to school from K-12, followed by college between 2-8 years, then a career, a house and family.

However, Self-Development will encourage you to live a life on the deep end, going after your dreams and challenging the way humanity views a lifestyle.

The reason why it’s more on the logical side is because it takes into account the law of cause and effect. You put in action the cause, and you get a direct effect out of it or the outcome.

Transcends most logic all together. If you are on a spiritual path then it won’t make logical sense to the human mind because to realize who you are, you have to let the mind be quiet.

The reason it’s not logical is because the world will tell you that you have do this, do that and after that, do this and do that to live a successful life. Society equates a successful life with fulfillment.

What is not logical is that the education systems, parenting and general society does not teach the most important thing in life is internal freedom.

And even if they did think living a successful life equaled internal freedom, it would be through doing, through action, through becoming and through being more than who you are now.

The sole basis of all self-development is based upon time.

In fact, Darren Hardy in The Compound Effect says that in order to create anything great that the passing of time is needed, that patience is needed for dreams to be accomplished.

The Slight Edge talks about how we live in a quantum of the leap society and that people expect instant results.

Yet again, patience, plus the seemingly insignificant choices that we make each and every day compounded over time, will bear us the results on any ambitious journey we choose.

Realizing who, you are, in this instant, means you can’t have time in order for you to be realized. It is the timeless essence of who you are.

Eckhart Tolle’s book The Power of Now is specifically about how time is an illusion outside of the mind, and that presence is the basis of all reality and existence.

Tolle explains that all peace in this life will ultimately come through “being” and, in other words, in the full awareness of your presence.

The connection between time and mind is, through allowing the mind to be quiet to the point where the mind is empty of all thought, the arising of conscious presence and pure timelessness.

Patience then is only a concept needed for the mind, an impatient mind is simply a mind that needs the future to get here as quick as possible.

It is a mind that believes its fulfillment lies in the future somewhere.
When the body is fully aware of its presence, then, ultimately, there is never a need for patience.

Personal Development relies on time to grow, whereas in Spiritual Growth, “being” who you are and have always been is perfection itself.

There is only one reason, and one reason only, too need time from spirituality and that’s if you haven’t already realized that you don’t need time to be fulfilled in this moment as this moment.

Dale Carnegies historical book How to Win Friends and Influence People the iconic book of mastery on how to get along better with people, is about improving your personality.

Your personality includes concepts such as the subjects you’re interested in, your humor, how well you get along with others and how you view yourself (self-concept) relative to rest of the world.

As you see, Spirituality is not about developing your personality; it’s about realizing that personality isn’t who you are.

Trying to develop personality in the hopes that it will fulfill you only leaves you in a constant state of lack.

We live in a logical world, in which to get around we absolutely need to use the mind. Survival is needed and it’s essentially why were given a human mind.

This is will sound contradictory as I had mentioned that you can’t have time to realize who you are since the basis of The Slight Edge is built around time.

However, there are certain principles in spirituality to help the mind digest it so the mind will break down its walls of understanding what conscious presence is.

What I mean by this is this: it’s unlikely that you are going to just awaken at the snap of someone’s words.

If you have been conditioned for long enough, it’s going to take consistent understanding and consistently being reminded that the conscious presence is the one constant fulfillment.

Don’t let this make you think that you have to read and listen to spiritual audios on emptiness and presence for one hundred hours like I have.

In fact, some people have awakened without a single book or word on the matter.

The point is this, in my experience I needed people to guide me and on a consistent basis. Let awareness work through you however it wants.

The point is, I used personal growth principles to take my consciousness to a level I could have never remotely imagined back in 2015.

What I will say is that personal growth is relatively necessary in terms of experiencing this world.

The achievements you get financially, materially, experientially and with people are relative and that they are all passing, fleeing and illusory.

However, realizing who you are (spirituality) is of absolute importance, because fulfillment will never come your way unless you realize who you are in this instant as this instant.

Realizing who you are requires, no doing, no ambition, no motivation, no help, no growth and no development and because you really are is freedom.