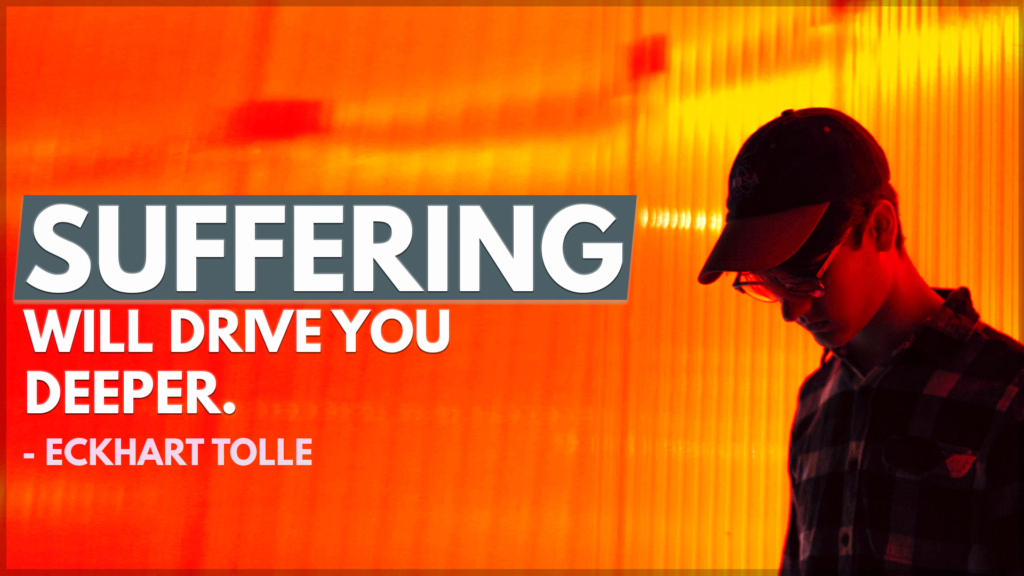 With all the shootings that have been occurring in schools, people running others over with cars, and the bombings that are happening throughout the world, there is a lot of fear circulating in the world.

What I’m about to say in this article is not to take your awareness away from what is happening, as if it’s all right, it’s about when things seem to go pitch black.

A good portion of the world has been devoured by shadows of fear so that we are only able to see a small crack of light at the end of the pitch-black tunnel.

A lot of people question why terrible things have to happen in this world, and if they are necessary.

Well, all the terrible things that are happen are necessary and here is why…

It must be understood that the collective mind would never make the conscious choice to have bad things happen just so that we can learn the lessons that we need to.

We would simply just not make those decisions that might create major suffering and perhaps deaths.

It just so happens that things do happen that the collective mind is going to mourn over.

We will have emotional pain and will suffer, but it is always necessary in order to wake us up. It is the sleep that is causing all this harm, not any body’s ability to choose from a conscious level.

The individual mind will not take responsibility for what others do because it perceives that there are others, and that it is not a part of the one same reality. The “me” that you create in your mind is not responsible for others.

This mind created “me” is precisely the lullaby that has put people in a deep sleep.

The absolute belief that the self-image, the self-concept and what the mind perceives to be reality is the sleep itself.

Once you realize that the real “you” is everything minus the thoughts and minus a split second.

The thoughts and time are exactly what create the image you think yourself to be. Mind thinks in terms of pairs or twos, if you think there is “me’” then there is a perceived “other,” creating a gap.

By taking the responsibility to awaken up from this dream of the mind created reality, and thus just by doing this, it can keep a lot of harmful things done from the collective to the collective mind.

The mind that you occupy is like a wave; the collective mind is the ocean in which all the waves appear.

Consciousness, however, is the space in which the collective mind (or the ocean) appears and is seen neutrally.

The collective mind and the part of it that you share cannot be expanded from within it.

So when tragedies occur, such as school shootings or country bombings, what is the lesson that the individual must face?

And into the further depth that all things are interconnected, the whole is not separate from love, nor consciousness.

All is the true nature of the perceived humanity, the true essence of the universe.

It just so happens that the mirror that directly reflects love and consciousness gets smoked up by the false beliefs of the world that trickle into the rest of humanity.

Consciousness is in this present moment – the awareness with every cell in your body that is alive. The direct experience of love.

What will it take for you to fully realize this love?

Being asleep or unconscious of whom the all is or who “you” are is not bad. Remember the sleep is here for you in order for you to awaken from it.

Responsibility is to not accepting the words that you are reading, but to realize who you are is not reading that the mind is.

Responsibility is, rather than trying to believe or not believe, allowing your past and future to dissolve in this instant and observing what is left.

All racial biasedness stems from the root illusion of the mind created “me.’

The wave in an ocean does not have a me, so does a wave inside the ocean reject another wave because it looks different?

No, all waves are coming from the same source, the same one ocean.

Embrace the uniqueness of the individual.

Accept that the mind processes things differently but, at the same time, realize you are a perceived part of the same ‘you.”

Instead of seeing males and females from a collective mind that told you how that they should be, start seeing them for what they ‘are’ and know that even beyond the way your mind thinks, you are still one.

The collective perception of “male” and “female” is often filtered through the lens of the past, through what we have been taught.

On a logical level there is male and female, but also, on this same logical level, there are still school shootings, bombings, etc, so it is necessary to rise beyond logic.

Love relative to gender means to accept the different look of energy, regardless of male or female or even transgender.

Don’t try to fit a perceived wave (mind/body) into the box which the mind perceives.

One of the great things about this life is that we have our own free will. We are free to choose the way we want to live.

Discrimination in any way, shape or form means to judge the way that one chooses how he/she acts, because the mind has its own views on how things “should” be.

To be free, and let humanity be free, requires us to let go of how we think that others should live their lives.

To be loving means allowing others to have free will, regardless if they are straight, bisexual, gay or lesbian, the people who think this is a pipe dream are seeing it through the lens of the past.

It means that they are allowing the centuries of the way things have been to distort their view about how just by expanding their consciousness in this instant can directly affect the “real world,” as a lot would like to call it.

Religion is usually associated with one of the biggest questions that arises among humanity.

That question is: “What is my purpose in this life?”

Religion is one of the major causes of separation on this planet. Religion is viewed from the context of “me” and what I BELIEVE.

It creates the atmosphere of “us versus them.”

And among humanity (the collective), in absolute reality, there is no them or us, there is only “you,” the one witnessing the ocean.

For countless acts of murder and hatred for “such and such,” religion has only solidified the reason for spirituality or a one observing reality.

This means that you no longer need to believe anything, beliefs themselves are creating the separation, because you want to believe in this mind created me to be someone or something.

“Humanity is now faced with a stark choice: Evolve or die. … If the structures of the human mind remain unchanged, we will always end up re-creating the same world, the same evils, the same dysfunction.” – Eckhart Tolle

Just as with religion, gender, race political beliefs strengthen the illusion of a separate someone.

Politics are a big piece of how our world functions. There is so much “for” and “against.” This will ‘for’ and ‘against” will ALWAYS strengthen the perceived separation.

Back during the presidential election there was a lot of perceived separation in the USA, there has been much violence as a result.

We will soon realize the magnitude of the ignorance of how we think things “should be” because I think so.

Hating others for believing otherwise is digging our collective mind’s grave.

As with religion, we must stop believing so religiously in our beliefs. (Pun intended)

When we stop labeling the way that humanity “should be” and then we accept what is, which is all that is. We will see others for what they are, “you” also known as “I.”

There is no need to love anyone, because that assumes what the ‘me” must do in order to love.

Love already is, and it is already perfect; when me, the thoughts ,and the mind dissolve into the one ocean, then this perfect love can be realized.