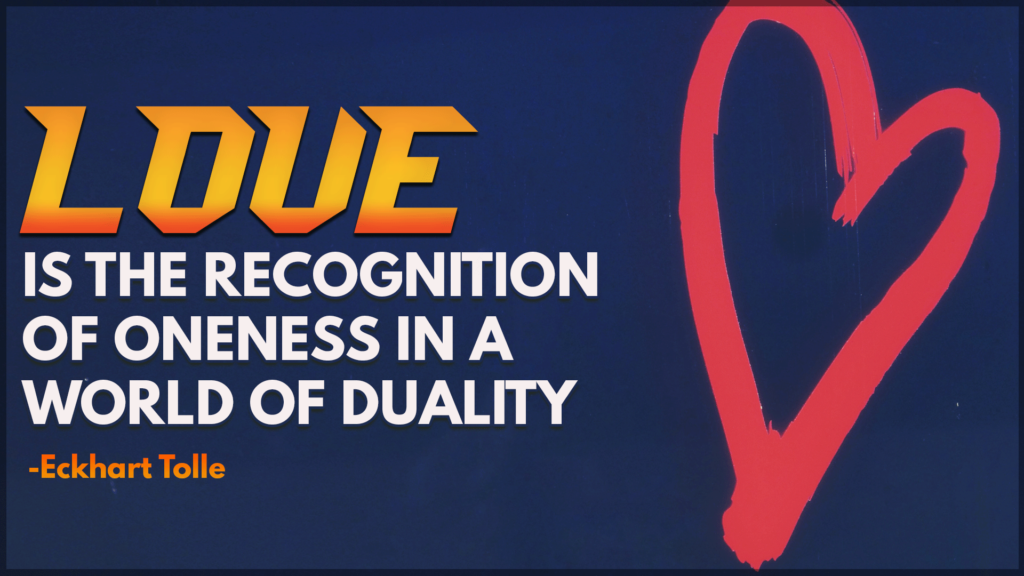 Never Believe That We Are One, Ever

Do you believe that you are breathing right now?

Or do you know by feeling your very own breath in this very moment?

Belief is a very weak and unstable version of knowing, because it leaves room for there be a mistaken belief.

We have all had beliefs in our lives that we felt 100% sure about to eventually be shattered by new levels of understanding.

There is only one way to come to the absolute knowing that we are one, and that is through feeling.

It is through feeling that we have access to that dimension within us that goes far beyond believing and transmutes into deep inner absolute knowing.

When thought shuts off completely, and presence arises what does the object that you look at become?

After all every single object that you look at has been measured as a label that we put into thoughts and words.

So again the question arises, what does a tree become when the mind is no longer there to interfere?

When there is no-mind there is simply neutral observation.

Everything, then becomes no-thing.

The mind/thought labels something and no longer do we have access to the depth of what that object actually is.

When you call a tree, a tree you begin to think about what that tree is, the past experiences that you have had with trees, the mind knowledge that you know about that tree.

Mind knowledge about trees for example is we know tree’s give us oxygen, we know trees are being cut down at rapid rates, we know trees have bark on the outside and that they have leaves…ect

The challenge is you only know ‘about’ the tree, but have absolutely no clue of the depth of that tree.

Imagine for example you went and found 20 books about honey, read every article on the internet you could find about honey and studied it under a microscope.

You could earn a PHD on honey.

And yet, if you never directly tasted honey you have absolutely no clue what honey is.

This is the same exact thing as a tree, until you actually felt the depth of the tree through you’re being you would never know what a tree is.

Essentially what happens when, you allow being to become the foundation, your felt oneness with all that is will take place on its own accord.

Don’t look for it though, if you look for your felt oneness then you will begin to start believing that you found it and this will never penetrate you.

It must be the most natural, effortless, spontaneous happening to occur.

The is a reason that the mind will never be able to believe or know the absolute oneness of things.

The mind in its most natural sense is here to experience the physical world of form.

And the only way to do that is by perceiving differently.

If all perceptions where the same, then it would be practically like never being alive to begin with, because we would be clones.

If there was no perceived space between subject and object, then the world would have simply ascended and there would be no point in the universe wanting to experience itself in a finished physical world.

The universe wants to experience itself in infinitely many ways, almost like a fun cosmic game.

Time as in the past and the future only exist in the mind.

Presence is felt through awareness from no-mind, the gap between thoughts in the pure silent space & emptiness from within.

If no-thing changed in the physical then, again the universal play would be complete. The very basis of change is so that the universe can experience itself in INFINITELY many different ways.

As the past turns into the future every single moment, the physical world is changing.

Time as it exists in mind and in form is NONSTOP, fluid and flowing.

So what is it inside you that perceives the change of time?

If everything in the world was red, then the color red would not exist because we would have nothing to compare it too.

And yet, there is something inside of us that would be able to perceive red, without the mind comprehending what red actually is.

If everything in the world exists within time and within change then there must be something inside of us that can perceive change or witness it, without the mind interpreting it.

And that is the feeling aware presence.

See I used to think that the present moment was a part of time, but then I felt this moment as who……..I AM

Then I used to think of the present moment as the opposite of time and now I feel it as an entirely different dimension.

That dimension is space itself, the ungraspable & incomprehensible formless dimension that is.

It is what allows you to look at an object outside you with neutral awareness (Inward) with your eyes WIDE OPEN. Then you are aware that you are the space itself and the object and the neutral awareness are no longer separate.

The fact is, you were never disjointed from that object, you just thought you were by identifying yourself as “me”, as “mind” as “thought” as “emotion” as “body” …ect

All structures, all forms will pass as comes the future…

In fact, the moment that your body/mind come out of the womb, as you birth the process of death begins in that instant from the standpoint of aging.

“Time even eats entire civilizations and buries them beneath the earth. Some ancient kingdoms are buried so deep that only archaeologists can find them, digging them out with great effort because time has devoured and buried them. Every name, every form you see, time will change, eat, and swallow. But time also says, “I will eat everything you perceive, but awareness, I cannot eat. Awareness will eat me.”

“There is something that time cannot take. Until you realize this timelessness as your true being, time will take everything you think you have and all that you think you are.
Your beingness came here to resolve itself in oneness. So, be that.”

And consider civilizations, kingdoms, empires & monarchies NO MATTER how powerful they were, the point is they were as in past tense, no longer in existence.

And yet, because the present moment isn’t a part of time it lies inside of every foundation throughout history and will be HERE in the proverbial future.

In fact, it is the same present moment that is looking.

If you can look at a tree even though, the tree itself is undergoing change, undergoing death since we established than nothing lasts forever, then there must be something behind that perception of the tree that allows you to witness it with pure presence.

When you witness the tree with no-mind, you are no longer looking, the present moment is looking at itself.

Yep, you guessed it that tree is also the present moment.

That book you read, these words, the grain of sand, the homeless man on the other side of the world, your computer, your phone, your every object is the present moment itself.

The space that you think separates you between other objects is EVERYTHING, thus it is.

The form and the formless however are also not separate, because if all is one even the perceived separation of things must also exist within the formless oneness.

The object that you perceive as separate exists within space so therefor it must be a part of that same space.

And yet apart implies that there was ever separation and it is here the dead end in which words can no longer pinpoint the exact truth.