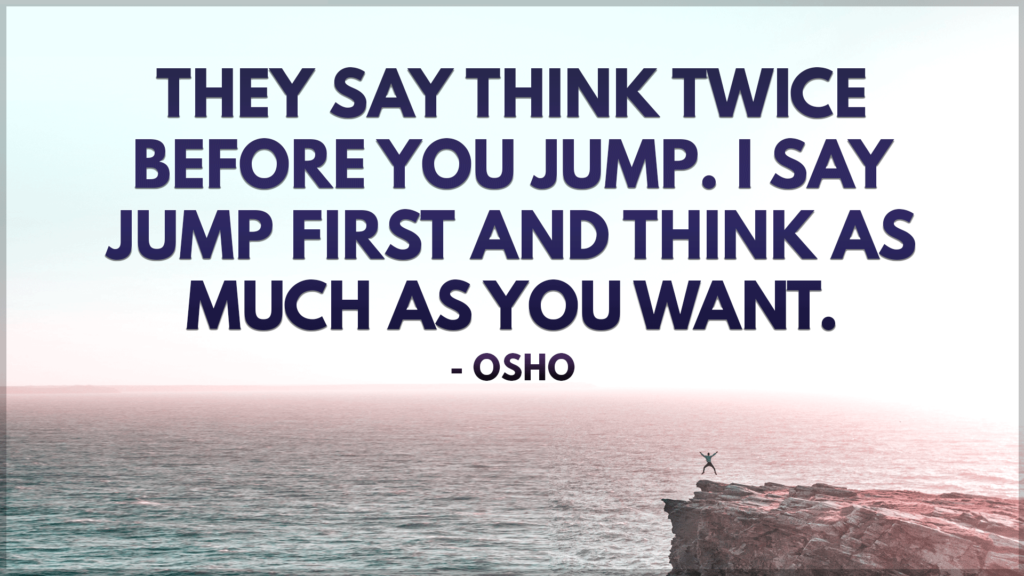 There is a famous Zen story that I really love that really paints a great picture of how the way we interpret and perceive reality is the way that we experience it.

Moving To A New City

There was a person coming to a new village, relocating, and he was wondering if he would like it there, so he went to the Zen master and asked: do you think I will like it in this village?

Are the people nice?

The master asked back: How were the people on the town where you come from? “They were nasty and greedy, they were angry and lived for cheating and stealing,” said the newcomer.

Those are exactly the type of people we have in this village, said the master.

See the wise master knew that this individual was simply experiencing the world in the way his perception was telling him.

Of course, according to logic, there are pure facts and statistics that back up these perceptions.

However, less logically our perception tells us what to see so often, and we believe in this perception, even if it is far from the facts that we experience in totally distorted ways.

And most times our perception has been filtered to death with fear, and so we cannot experience life to its peak.

Let’s take the deep dive into how we can start living a limitless, infinite and unbounded lifestyle.

The Truth About Calculated Risks.

Have you ever heard the term “think before you act?”

There a few general reasons ,of course, why one would say this.

They don’t like what you say, so they want you to make sure that what you say is right according to their standards.

Thinking before you act means not acting simultaneously, which goes far beyond the action that wants to happen from your being in the most effortless way possible, thus known as the right action.

Taking a calculated risk means that you weigh all the options of what could or could not happen rather than jumping in head first and seeing what happens.

“They say think twice before you jump. I say jump first and think as much as you want.” – Osho

There are some rules of thumb when it comes to activity, ignorance on fire, or intelligence on ice.

Intelligence on ice will help you make more comfortable choices, the ones with less risk involved.

If we are not risking the known for the unknown, however, then life will become dull, boring and unfulfilled.

More on this later.

Taking a calculated risk is the same thing as taking a risk with less error involved or less chance for a mistake.

Many logical minds would interpret this as being a finite human in an infinite world for sure.

This doesn’t mean touch fire, go jump off a bridge or do things that you know are very harmful to your life.

Which is why I say be Intelligence on fire.

Not the intelligence of the mind, which is knowledge, but more importantly the greater Universal intelligence.

The consciousness intelligence is feeling your full aliveness and living from a place of letting your intuition work as you.

The universe does not make any mistakes.

Whatever action or non-action you decide to take, you will always be protected by the one infinite source.

“If you knew who walked beside you at all times, on the path that you have chosen, you could never experience fear or doubt again.”― Wayne W. Dyer

You will only be able to follow your intuition, however, by taking the non-calculated risks.

Anyone who has made a significant impact in the world that nobody has ever seen before had the courage to take follow that inspiration feeling inside and the non-calculated risk.

In fact, the more intense the risk that inventors took the greater the impact.

Don’t allow your being to get lost in what’s possible to keep you from being feeling aware presence.

The absolute greatest fulfillment in life will always happen when you are aware of the feeling presence, the I am this moment aliveness.

Think of what’s impossible and then transcend even above that.

There are always greater possibilities than even things that we ‘think’ are impossible. In fact, impossible cannot be calculated.

Which is why we will make the greatest creation, the greatest impact in our physical life creation possible, not by imagination, non-projection, non-anticipation, non-thinking but by pure absolute consciousness.

Don’t just take it from me, though, hear what Apple billionaire Steve Jobs has to say…

What you will find by living a non-calculated pure aware lifestyle is that it will be that of a scientific lifestyle.

Do you know why Science fails and succeeds simultaneously?

Science is measurement based phenomena to figure out how this physical world works.

Science is built around the concept of experimenting. It is an investigation into the unknown.

Experimenting is nothing more than failing to find out what works, what doesn’t work and how two or more things work or don’t work together.

Science fails rapidly over and over again to build inventions, form hypothesis and to prove theories.

Science cannot exist without both failure and success; both are guaranteed outcomes.

Science is not attached to results, nor does it have any expectations.

The second it creates something masterful, or proves a theory it begins from that point of success (diving right back into failure) creating an improvement or proving its previous theory wrong.

So even when it succeeds it begins the failure process all over again and thus is regenerated.

If science had a human intellect, it wouldn’t be able to distinguish the difference between success and failure.

In fact, it wouldn’t even know what success and failure are because both of those combined are its very existence.

This is another way of saying we cannot comprehend what consciousness is because it is our very own existence.

It is the unknown which is you, which is me, and everything else for that matter.

So how does this pertain directly to us in the physical world?

Picture your life scientifically from this point going forward as a way of transmuting your being into physical existence.

Our purpose on this earth is to create our purpose over and over again for the rest of eternity.

Just as science does; its purpose is the ever constant flow of creation.

Rather than calculated risks, always think in terms of experimentation.

When you can find a genuine, sincere peace in failing, then you can begin to take the deep dive first into the unknown which is you.

You cannot see the future?

Because if you could that would not leave the room to fail, and it would be essentially like never being born or given a physical mind and body.

Have a very general understanding of what you would like to accomplish but assume you will have no idea how things will turn out, and that’s perfectly OK.

What will happen then is the failure will not break you, and the success will not make you.

Being present, letting action flow through presence, being gratitude, compassion and curiosity combined as a whole on the journey will be the fulfillment as it pertains to now.

When you find that the peace happens right here and right now as you, then there are no more calculated risks during your scientific lifestyle.