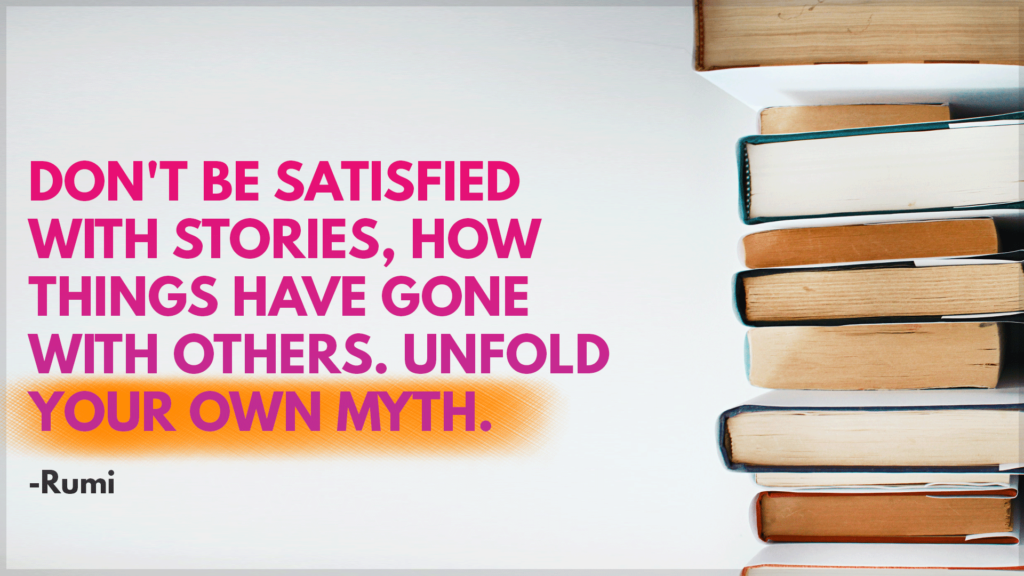 Do you know what it means to live a creative lifestyle?

Your being is the natural, unconditioned, unprogrammed and uncontaminated “you.”

It is NOT the personality, the self-image, self-concept, or this idea of who your mind calls “me.”

Your personality is naturally built from the world in which you live what culture you grow up in, what race, how you were raised through your childhood, the media you’re exposed to, the religious beliefs or non-beliefs that you have been exposed to, etcetera.

What I have found most lifestyles consist of are going through the education process from preschool, to elementary, to middle school, to high school to college, then going from college to a career, from a career to retirement, and then from retirement to death.

The key thing here is that this lifestyle is not bad, nor is it good, it’s simply just a lifestyle.

The challenge you will find is the lack of awareness that the typical lifestyle is the ONLY lifestyle that there is.

It’s as if we have to go through those exact stages of life and that’s just how life is.

The reason that we are unconscious to our very unconsciousness is that we were taught NOT to challenge authority in our entire lives.

“I just want the best for kids; I just want my kids to be happy” is what most parents say, but do they really want these?

What if it is at the expense of them rebelling against the way they want to see them grow up?

What if it is at the expense of them going against the image that the parents have set in their minds for them?

Of course parents want to keep their kids out of harm’s way, and that could very well be what holds their kids back from doing things beyond their wildest imagination.

There is a fine line between common sense, personal belief systems and agendas.

Living a creative lifestyle means first seeing your current lifestyle, then understanding that it is far from the only way to live, and, finally, taking a look deep within yourself, (not the self-image from the emptiness in which you have let the kind of lifestyle be born out of this thoughtless, timeless empty space to live) not according to any set belief system that you have learned.

It is your very belief system that has you living the way you do, so the root of your lifestyle can only be questioned from the creator of it, which is your mind.

Questioning your belief systems, or B.S system, means also questioning the mind made “me” that created it to begin with.

When you question this mind made “me,” you will not lose you, you will lose what you are not.

Losing what you are not is losing the thought, beliefs, ways of feeling, which have all been developed from the world, or the collective mind.

Your thoughts have been learned from the world. As a newborn child you never had a single thought to begin with, so how would you have had thoughts come in if it were not for them being learned?

You have never been told to question your thoughts, not by a large portion of society anyways, so you begin to cycle through all of your thoughts that you learn; you keep some and throw some out.

You keep the ones that you feel strongest about, but a lot of these thoughts that you cycle through effortlessly are also hurting you, because the very foundation of your perception is built from within the collective mind.

It’s like this: imagine there are 7.5 billion houses in the world, one house per one mind, and each house is unique in its own way, but the very foundation they lie on—earth—is shared by everyone is home, and earth, in this metaphor, is the very root of the conditioning.

Every human mind is the same in that we want survival.

However, deep within the core beyond the human mind in thoughtless empty space of who you are, you want to live a peaceful life as a result of finding that space and letting spontaneity create your actions.

Although right and wrong are relative to each other and are based on the perception there is right action, and that is the action from beyond the way you perceive right and wrong.

I understand that we live in a logical world, where often times survival means figuring out a way to put food on the table and where the mind has to adapt its own methods for surviving in a world.

This is practical and in a lot of ways we are confined somewhat to the ways of the world, but not nearly to the extent that most of us “think.”

Our mind is a survival creature, and, to guarantee its own survival, it wants to learn the patterns of the other minds on how to survive.

This is not about being against society; it is about rebelling against a “certain” criteria on how to live.

From the thoughtless, timeless, conscious presence there is zero criteria when going with the spontaneous, effortless river of the real you.

Look at how many human minds worry about a future that has not come yet.

Look at how many people in the world stress and have emotional anxiety that has been BURIED in them because of the lack of money.

Look at how many people in the world are unhappy and can’t STAND going into the jobs that they have created for themselves.

They can’t stand the thought of Monday’s and can’t wait until Fridays, which means that the timeless you, that is the source of all that is, is being clouded by the conditioning.

They are don’t understand that the mind is a mechanical instrument for survival and that it won’t let them choose anything other than the conditioning.

The ability to choose is the way that awareness will let you choose, and awareness has to come from beyond the mind as the conscious, timeless aware presence that you are.

When the real you has the ability to work through your body as a result of letting go of your identification with the mind, then creativity itself is choosing.

Awareness is dancing you and the dance is creative.

No matter what has happened, it is past tense, which means that it’s already dead and not needed in order to live to your maximum creative life.

If the lack of awareness has originally kept you stuck in the past, and the past is already dead and gone forever, then there is no problem.

If you think that living a creative lifestyle means creating a great future, then you are still stuck in the mind and in time.

Let each and every one of your actions be endowed with the magical wand of awareness, don’t take action, let action happen from the non-movement of mind, from the thoughtless, timeless space.

What will happen is that no longer will you live a creative lifestyle, you will realize that who you are is creativity itself, and that creativity is dancing this mind and body that you occupy for no time at all.