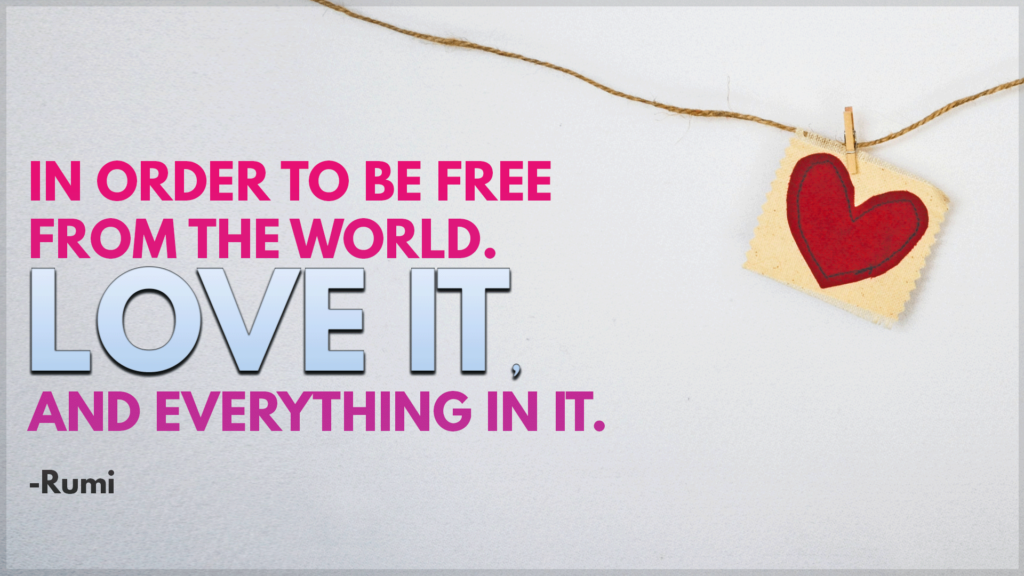 Everyone likes to express the importance of freedom, the moment that you say something against what is normal or generally accepted by society, it will not like it and will throw a tantrum towards you.

This should give you the perfect and ample reason to engage in conversation that leads directly towards your truth.

People like discussing the weather; do you know why?

Not because they REALLY like discussing if it’s cold or hot outside, it’s because it’s the SAFE thing to talk about.

Consider talking to a stranger….

Do you know why people are afraid of going up to strangers?

It’s because in the spontaneous nature of others reactions you are in a completely vulnerable mode.

The part of you that has been conditioned and programmed by society (on what to think, on how to feel, on what to fear and on how to behave) is learned and is holding you back from being spontaneous.

That conditioning has created your ego, or false identity —also known as the false mind made idea of who you are.

This idea of who you are is doing everything in its power to survive, however…

The ego cannot survive in the natural spontaneousness of this moment, and that is what the false idea of who you are is threatened by in terms of throwing yourself into the unknown.

Here is an analogy to help break it down.

Consider the societal conditioning/programming to be alcohol, and it feeds the mind, to the point where you have become the mind, and become unconscious.

You are unconscious in the terms of being drunk and, in the same sense, unconsciousness to what is beyond the mind, beyond thought which is the feeling aware presence.

And for that very brief moment when you come back into conscious awareness, and you realize that you have been unconscious, then the false idea of who you are does not feel good in the very instant of waking up, because then you have seen how reality actually is.

The collective mind, or the human, mind wants to do everything in its power to make things stay the same.

And if you become sober to the neutral observation of reality that can only be felt in this instant, then that means there is a potential for global change, in the form of a global awakening.

So the collective mind does everything in its power to keep feeding your mind with more alcohol in the form of opinions, perspectives, beliefs, and ideas.

It doesn’t do this to harm you; it does it because it is also unconscious on these things.

So the mind will get fed with more thought to go back into the state of unconsciousness by taking another shot of conditioning so you can be socially accepted again.

Sometimes they say “Don’t say that.” Or “Don’t behave that way.” “This is the way you must live.” And sometimes they don’t have to say a word but you can feel it in their energy.

“There is no ONE right way to live.” – Daniel Quinn

Do you know why Jesus and Buddha most likely made the largest impacts on the world history?

Firstly, If Jesus & Buddha where around today they would say there are a lot of great things to take away from religious principles, but just as the mind is a dangerous master, so are beliefs—be they religious, political, or how to live your—life and we believe them and run with it.

Jesus and Buddha single handily made some of the largest impacts on the world because they had decided that normal wasn’t enough.

It’s the collective mind; it’s the average way of thinking and behaving amongst the whole.
It’s the rules, guidelines, standards, principles, morals and ethics that have been accepted amongst the masses.

Jesus and Buddha rose beyond the collective mind, what is socially accepted, the ‘be this way but that not that way, and think before you act socially acceptable way.

When I say Jesus and Buddha rose above it doesn’t mean they became better than society.

“In order to be free from the world. Love it, and everything in it.” – Eckhart Tolle

Jesus and Buddha were looked up to and still looked up to by millions upon millions of people throughout history because they were willing to cut through normalities to find the truth and to help others as a part of this same collective mind do the same.

Not many people found this delightful though, and Jesus died on a cross because part of the collective mind did not like the truth that he was speaking, and was bringing to its people and opening their eyes.

So they forced him into suffering.

But because he was so willing and so accepting of his own death to go beyond the normality’s, he fully showed the people that they can surrender even in their own pain and suffering.

And although the suffering that Jesus endured redefined a whole new meaning at the time, and each and every one of the breaths that he had to take during that suffering paved the way for a new kind of human from that point.

Buddha had been kept from death; his family went completely out of their way to make sure he had not known what it meant to suffer or the reality of life and death.

When Buddha finally set out on his way, when he went against what was considered acceptable by his family (the society he was subject to) and went inward, he had found more everlasting joy that he could have imagined. That joy he found the day he became “The Illuminated One” has made (and continues to make) impacts and ripples on the rest of humanity for eternity.

Letting the mind define you will keep you in bondage, in consistent pain throughout every one of your experiences.

You are consciousness; you are observing neutral presence through body. The person—be it your mom, dad, sister, brother, aunt, uncle, cousin, teacher.

It doesn’t matter who it is—that conditions you, tells you how you should be is that same observing presence.

It is only his/her mind that conditions your mind, but neither of you are that conditioning.
When you arise from beyond the collective mind, you are arising into that one infinite universal consciousness that is All.

With this being said, the future is NOT guaranteed, nobody knows when his/her ultimate destination will be in this world, it’s a constant course adjustment.

But it is that VERY course adjustment that gives life its flavor, its gives life spice.

In fact, thinking that you have qualities, aspects and characteristics is what has caused the internal pain to begin with, being that you are observing neutral presence and are already complete.

What Osho means is that  the way that your mind experiences this world creates insecurity.

The mind needs insecurity, needs crisis to continue experiencing this life in many different ways, otherwise life would be dead.

How would you know pleasure without pain, and pain without pleasure?

Pain and pleasure are two sides of the same coin that is the paradox of this physical world—but they give life it’s flavor.

And if the mind weren’t chaotic in its nature it would not give you the greatest opportunity of a physical lifetime to know your true self from beyond the mind, the perfection itself.

Imagine watching a movie. You begin watching the movie and you don’t want to know the end of it.

It’s the beginning and middle points of drama, leading up to the end, that make the movie exciting.

This will require you to disidentify who you are from thought in order to live a spontaneous creative lifestyle.

It will be very impractical according to most of the collective mind. There will be struggle and strife.

It will be the most terrifying thing you can ever work up the courage to do, but out of it will bloom bliss, peace and tranquility like you could never possibly imagine.
The mind cannot imagine it, and that’s precisely what gives life joy itself.