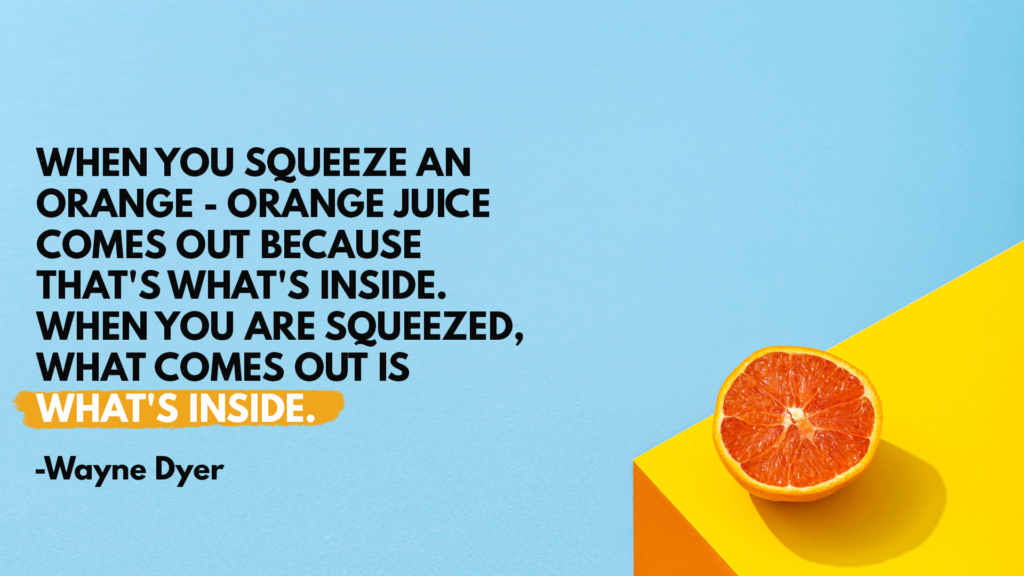 Just for one moment, I ask you that you consider this without your political beliefs, your ideals, your morals and your ethics.

Don’t allow your thoughts about what he said, or she said, what he did or she did get in your mind and block you off from what is about to be said.

Take a good hard look at the current state of the world. What kind of world would you ultimately like to see?

The average person normally doesn’t see their insanity as insane, because they justify why it is there as the “reasonable” outlook.

It doesn’t take long for you to go on Social media to see people’s insanity completely vomiting hatred for what Donald Trump is saying or doing.

And, usually, what happens when someone is called insane is that, most commonly, they blame others for why they suffer. And what I mean by suffering is hatred, the hate inside, regardless if you think it is warranted, IS INTERNAL PAIN.

It’s not a cliché ,ladies and gentlemen, that hurt people hurt people.

You can go on and blame Trump for why you hate or blame the entire political system.

But one thing is for sure!

“When you squeeze an orange, you’ll always get orange juice to come out. What comes out IS what’s inside. The same logic applies to you: when someone squeezes you, puts pressure on you, or says something unflattering or critical, and out of you comes anger, hatred, bitterness, tension, depression, or anxiety, that is what’s inside. If love and joy are what you want to give and receive, change your life by changing what’s inside.” — Wayne W Dyer

Those who suffer over Donald Trump are ultimately pointing the blame, pointing the finger at why madness has come out them.

This doesn’t for one second mean that you have to agree with what Donald Trump did or said, for it’s not about agreement or disagreement; it is about getting to the root of dysfunctional mind.

The ego loves to point the blame to others; what they did, what they said validates the perfect reason why the mind is perfectly alright to feel upset, to be angry and to be disturbed.

The ego is the part of us that identifies who we are with pain, and so we never question ourselves because the pain we feel seems like the necessary reaction to that particular situation and circumstance.

There is never a second thought to a different perspective for this particular situation; because you are trapped in the pain, to your ego that is the ONLY way to see reality—case CLOSED.

And no other options of feeling are available in terms of reacting a different way because they would go completely against the identity, and that would be far too harmful, not harmful in the absolute sense, but to that of the ego.

What truly is harmful, though, is not questioning your beliefs, your thoughts and most importantly, who you are.

This is wakeup call from that false identity that you believe to be you. Start paying closer attention to the way you think about something, to the way you’re feeling, and ask yourself,

“Is this the way the I truly feel?

What may come out is more insanity, but at least it is now being brought to the surface and questioned consciously.

This is not about the world outside of you. Your emotions, your feelings that come from within are YOUR responsibility.

This means that your own internal freedom is your responsibility if you truly want to see the world in a better more peaceful place.

The question is, are you willing to lose your false mind made identity as the absolute YOU if it means trending in the direction of lessening the suffering in this world?

Let’s just let Trump get away with his racist comments, his bigotry, all the things that we want to do that offends our way and our culture’s way of thinking.

And this is by no means directed at Trump haters: this goes for all egos that have identified who they are with HATE because of those who are WRONG.

The behavior of someone else has NOTHING to do with the what is currently sitting inside of someone at the current moment.

The behavior of someone else only dictates your feelings if you identify with a false image of yourself and if its potential threatens that image.

“The mind is a wonderful servant, but a terrible master.” ― Robin Sharma

A lot the pain and suffering that has been caused inside of someone has been learned from that person.

That pain and that suffering was not there the moment you were born; it has been conditioned, sculpted and taught into you.

A newborn baby does not have a mind. You can only have a mind with your very first thought.

A thought happens to you from those that are outside, you don’t have a say in the way that your mind is being conditioned, not until you have a say with neutral present moment awareness.

If you allow your mind to run your world, then you continue to have pain that will gradually hurt you in all of your experiences.

What happens next when someone has been taught pain is that they uncontrollably force their pain onto the rest of the world.

Those whose minds run their lives don’t realize it, because if they did, then their minds wouldn’t be running them.

The moment you see through an illusion it becomes disillusionment.

The mind has been developed from the outside world; it’s essentially as if the mind has been hypnotized into thinking, feeling and acting a certain way until it is aware it is ignorant.

Ignorance, in this case, is not bliss, and it is not supposed to threaten you, only the ego.

In pure awareness, in being, there is peace, and what is inside is projected outside, until awareness comes into our consciousness, or pure aware neutral presence will continue to allow the mind that has been conditioned by the world to run our lives.

And those who are stuck completely in their mind are not happy; they suffer, have emotional pain and that then is projected onto the world.

So back to my original question.

What kind of world do you want to see?

It is a world that is aware and takes responsibility for the way that its feeling at any given moment in any particular situation or circumstance.

It is a mind that disidentified from itself so that the real you has the ability to know itself, and thereby has the choice to realize it’s internal freedom.

It is a world that is, instead of projecting the hate that is inside and pointing the blame outside, starting from this moment, fresh in this moment and moving towards a more conscious world.