The Prison Of Thought Dominance 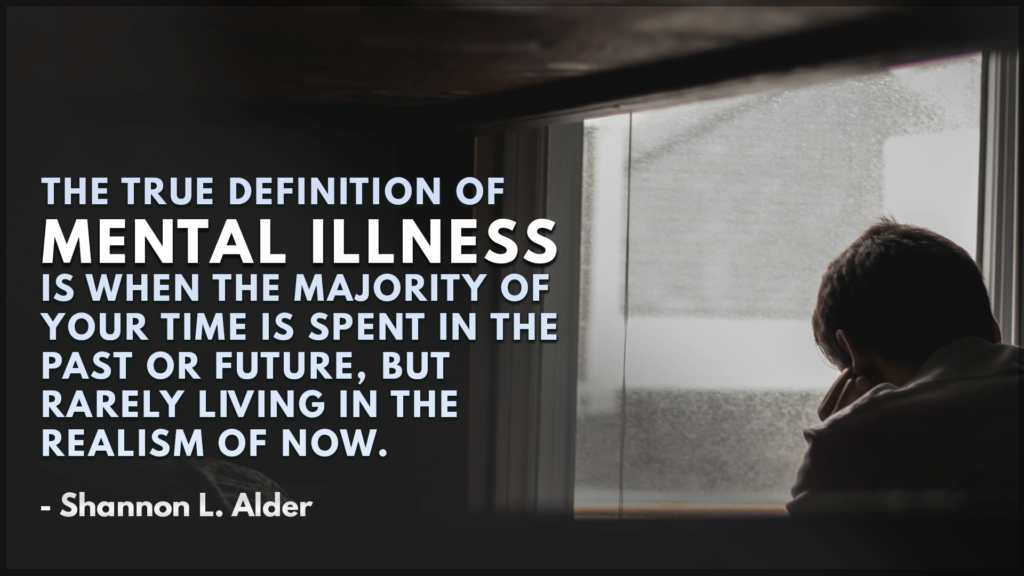 Do you know what the present moment is?

I certainly didn’t for the first 25 years of my life.

I thought I knew what it was, and that was exactly why I didn’t know, because the present moment is not a thought.

That is precisely why the present moment is the spiritual awakening.

It is awakening out of the dream of thought and into the reality of presence.

Being that in absolute reality, from beyond the mind, past and future do not exist, the present moment is eternal.

You do not have, nor ever have had, the direct evidence of the past and of the future.

The only thing that you have ever had and ever will have is this moment.

So if the present moment is eternal and the only thing that you have ever had direct evidence of, then where does the awakening come in?

The awakening is to the formless dimension.

Everything the mind looks at and labels creates form.

Form is how we look upon the world, how we digest what we see, interpret and understand.

Being that the past doesn’t exist, you can look to it to remember things like how to walk, talk, write and read this words.

So it does appear to be real, but everything you learned was in this very same moment.

It is only inside the mind that the past seems to exist.

The future, which is an anticipation, is also of form, because you know if you need to drive to the grocery store, first you visualize it, anticipate it  and then act to make it happen.

So by first visualization plus action you are guaranteed a result, which makes the future also seem as if it’s real in absolute reality.

Just as the past, it is only inside the mind that the future seems to exist.

And from a logical standpoint, they do have an ephemeral existence, meaning that in this physical world they do hold important value.

However, just because they are necessary and that the physical exists does not mean that we will have internal freedom.

There is difference between living and surviving.

Surviving means to do what is absolutely necessary to keep this physical body on the planet earth.

Living is to feel the aliveness of your existence. There is no doing, but  there is a merging from thought dominance (AKA time dominance) into life itself.

It is when you and life become one.

So being that the mind in its ephemeral nature creates labels and forms, it cannot grasp or interpret this moment.

This moment is formless, and as Bruce would say,

The thinking-mind creates the past and future, and thus is stuck in time.

Beyond the mind, and deep into the body, into the cells is where this moment exists.

Life means there still exists thought that we use, but there also exists the gap between thoughts, or the inner body sensation that I am life.

Since the beginning of thought, humanity has been conditioned to believe that past and future exists in absolute reality.

When your being (Consciousness) is stuck in the mind, in time the body is still present here, but your being is not aware of itself as conscious aware presence.

So is the mind afraid of the present moment?

Well, firstly, it’s because the mind has to come to its death in order for your being to become fully alive.

Secondly, it’s because  the wide scale human condition is that we (consciousness) have become identified who we are with thought.

The reason we are afraid of letting go of the past is because we have built an identity—the thought of who we are—out the experiences we have had in the mind created past.

And because consciousness has identified so strongly with the mind, it seems far too unbearable to lose what the mind worked so hard to hold onto.

The future is then an anticipation to guarantee not only our survival, but to strengthen and solidify the identity that we worked so hard for to hold onto.

“I spent 8 years of my life to acquire my doctorate degree; I’m to become doctor because that’s who I was meant to be.”

“I worked my whole life to become an NBA player, and that’s who I’m going to become.”

“I’ve put thousands and thousands of hours of work, of hustle, of grind, so that I can be the best there ever was.”

Self-Actualization is a great way to experience this physical world, but seeing them as a way to enhance your false mind made identity will keep you trapped inside time, and thus internal lack.

The past and future are needed for our physical survival, but because we have made them out as absolute importance, we keep constantly running from the present moment.

Why would we run from the present moment?

The mind can only see some-thing, a thing as in a label, as in form, as in object.

When there is no mind, there is no-thing, or what some eastern philosophies like to say, nothingness.

This identity, like most want to be something special, wants to standout because it enhances their mind made identity.

And in the formless now, in absolute reality, the mind made identity is a phantom, a ghost, not real.

This is terrifying to the mind and mind made identity because the false evaporates when the truth is realized.

From the time you were born into this world you were labeled with a name, a gender, a preschooler, a kindergartner, and all the way to college.

We were told that we needed to be someone or somebody, because then we would be accepted by society.

If you decided to go out and do some soul searching, create your own path, recreate what it means to live on this planet, then society neglected you with conditions under their parole.

So back to here.

Reconsider the vibration you feel from being no-thing.

In this moment, feel the energy that lies inside your body from top to bottom and let this be your freedom from lack.

The interesting dichotomy here is that in nothing, you lack nothing.

Let’s face it though, we still have mind, we still live in this physical existence and both of them should be honored.

The difference, once you awaken to now, is that you are no longer completely RUN by the mind, and because of this you can now experience life in a much more enriched way.

You have a mind, and things in the past have happened that have had a great effect on you and also a horrible effect on you.

Some of the thoughts of the past that have had a horrible effect you continue to linger.

There is no need to try and control these thoughts away, that will suppress them more deeply.

The last thing you want to try to do is try to understand the past to let it go.

An infinite amount of things happened in the mind created past that the mind will NEVER be able to get to the bottom of.

Also the last thing you want to do to try to make up for these harsh lingering thoughts is to imagine a better future.

Imagining a better future will not solve the basic dysfunction of the mind which is that it is trapped in time.

Imagining a better future, for the sake of having fun in your experience of this world is absolutely amazing, but for it to make up for a damaged identity will thus create more suffering.

For this moment, the best way to dissolve the pain that you feel from the past is to be fully aware through your inner body that I am here, & then stay here.

When you have made this moment your freedom, your fulfillment then you can fluctuate between having fun in this up and down world and the peace that never leaves.

“Past and future veil god from our sight. Burn up both of them with fire.” – Rumi