For Those Who Create Pain In You. 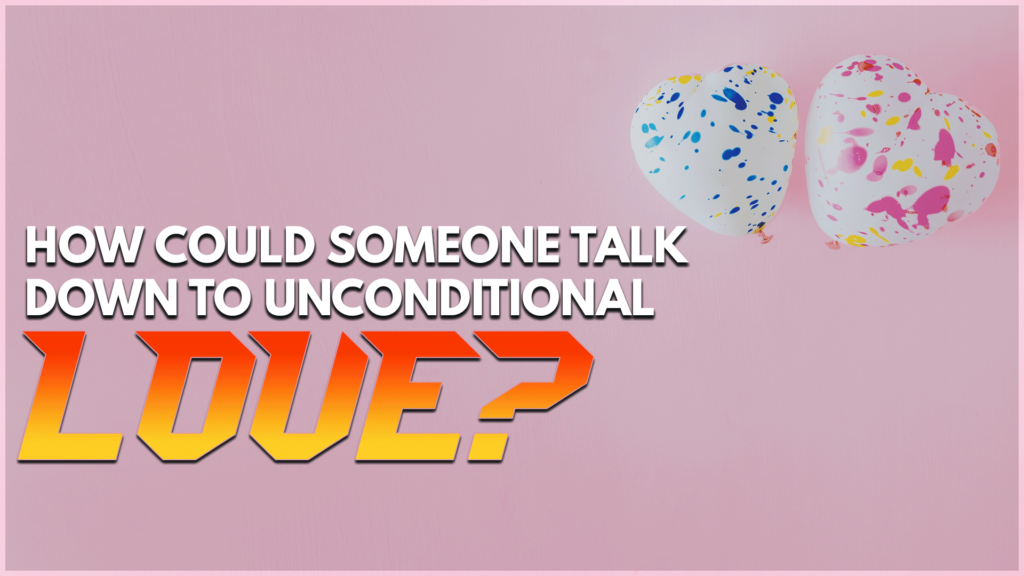 Have you ever said something positive when either talking to someone in person, or on social media, and then someone comes out of left field to put you down for no reason?

When people are suffering or have internal pain, chances are they will be drowned out by that pain.

Being drowned out by that pain leaves nothing but tunnel vision, making him or her want to get other people down to their level of the ego.

I can say that from my past experiences of emotional pain.

I unconsciously felt that if I’m going through pain and I can get others to come down to that emotional level of pain and they can match me, I can then make myself feel better.

What I have realized since is that it was my “pain body” as Eckhart Tolle calls it which is essentially your identification of who you are with the painful experiences that you have been through in the past.

And what I was finding is that the pain body feeds on more pain, it wants more pain, it craves it, and with the lack of awareness, the pain can grow through the body like a parasite.

What I really wanted unconsciously, was to make other people suffer as I did, in the hopes that they would fight back, and try to cause me more pain so I could feed off it.

All of this wanting pain was, of course, an illusion, because if you are conscious then you would never….

A lot of the conditioning in this world, or the mind being programmed from the outside is almost 100% from the energy we receive from the world.

So why is that we have adapted these unconscious thoughts inside of the human mind?

In other words, nobody has to communicate unconscious behavior to you for you to pick up and make it your own, you have adapted it through energy.

When someone talks down to you, threatens you, the easy conditioning, unconscious thing to do is to stand up for yourself by trying to tear them back down.

The only thing they are challenging is the ego, or the false identity.

Does this mean you that you can take absolutely no action when people are trying to burn you with words?

The ego or the false identity within us has a lot of pain inside it from the past. When others say something to try and tear you down that is not true, the negative energy coming towards you may still trigger something in you.

People’s pain bodies, have a way pulling out or triggering others’ pain bodies regardless of what they may say or do.

Pain bodies want to be matched, so they are like magnets for others’ pain, and others’ pain is magnetic as well, and in a lot of cases with pain, like attracts like.

It’s always the goal of the ego to bite the ego out of someone else, and a lot of egos are strong enough to be bitten.

It’s to play an egotistical game of war of sorts.

If you don’t allow the expansion of your awareness to grow or to become conscious, then what others say or do to try and harm you will be considerably easier.

What does higher consciousness look like in this way?

It means that deep within you, you realize who you are and nothing anyone can say or do will make you any less than who you really are at the deepest level.

And who am I at the deepest level?

Stop thinking and find out.

Have you ever heard people say things along the lines of…

“Don’t let people talk down to you?”

“Stand up for yourself?”

People that care for you and don’t want you to be harmed have so often said this statement.

People who don’t know who they are in their truest essence, because nobody can talk down to the real “you”, say this.

How could someone talk down to unconditional love?

And unconditional love can ONLY be realized through non-thinking.

If you think you are this or that, what people can really threaten is the idea of who you are, NOT you.

You don’t need to stand up for yourself, either, because the timeless you does not change, regardless of what is happening in this physical world.

Again, just because the essence of you does not change does not mean you can’t take the necessary action and remove yourself from people who are trying to hurt you, because they hurt inside.

What about when your thoughts are giving you a hard time internally, and you have thoughts of wanting to harm someone?

An unconscious thought is only a thought and it will pass.

Don’t worry about your unconscious thoughts and acts because by the time they have been acted out, they have already become the past.

Start paying attention to the thoughts themselves, to the thinking itself.

Where does it, the thinking, come from?

What you will find is that there are gaps between thoughts, of non-thinking, and in your attention of these gaps is you.

When the stream of thought does not stop, and there is no awareness of non-thinking, then the people who try to put you down will cause an immense amount of pain and suffering inside.

When people to try hurt you, it’s not personal. When you try to hurt people, because you hurt inside, it’s also not personal.

Neither of which have anything to do with the real you, the you that exists as silence between the thoughts themselves.

So when others try to hurt you, it means you know they are going through a rough MIND, because they are identified with the mind and it’s reflecting through them as hateful words.

This doesn’t mean that people should not be held accountable for certain things they do or say, it means that you no longer need to take it personal, and this goes for your mind as well.

When the real you has realized itself through your body, then you have realized that who you are is freedom, and freedom exists in the space between your thoughts.