Does God Exist Or Not? 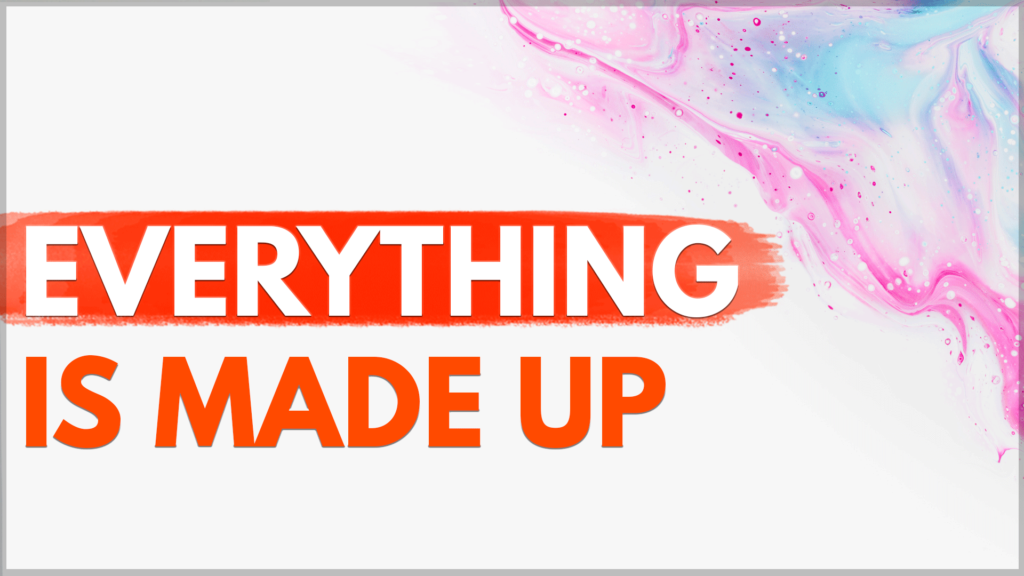 One of the if not the most significant existential questions in the history of the human race continues to linger in the minds of billions of people.

Rather than giving you a straight answer though, I’m going to reverse engineer the process. A question and answer on a test may look something along these lines.

However, this type of question/answer method is precisely why the question still continues to remain in the mind of humans, and why that one little single question has been the root of the cause of a great deal of suffering amongst the planet.

There have been billions upon billions of people who have killed and died in the name of their beliefs about the existence or nonexistence of God, who or what God is.

The question itself was already wrong?

Wrong according to who or whom?

According to the internal peace/aliveness inside and amongst the collective human race/all life forms.

What if everything you believed in no matter how STRONLGY convicted you were of it, was the root cause of all of your suffering?

The reason that people wonder so strongly about whether God exists or not is because they are looking salvation, heaven, the end of suffering, the state of freedom.

Can you fathom something absolute more essential than a life of internal fulfillment?

So then why does a question such as…

Mean so much significance regarding YOUR personal internal freedom?

This means that either the words of this article will help you see a life in an entire new light or it will not, and both are perfectly as they should be.

Because if the basis for a question as simple as this is fundamentally off, and that there can be no answer to a question that is based entirely off of perception or a collective cultural perception for that matter.

So what is fundamentally wrong with the question…

When this question is asked, it is already assuming that something CAN EXIST OR IT CANNOT EXIST.

This is assuming that you can have either answer…

A, B, C, D, E, all of the above, none of the above and an infinite more answers depending on perception.

What this linear method of thinking does is split reality into more than one.

When reality becomes more than one then there is conflict, wars, mass bombings, mass shootings…ect

So rather than wondering if God exists or not, let’s question reality ENTIRELY as a whole.

The end of this question “Does God exist or not.” cannot be understood by thinking about it because it is precisely thought that labels everything in relation to something else thus creating separation.

Let’s go through a bunch of fundamentals and break down why according to oneness they are off.

A belief is a set of thought patterns that happen over and over again because you think something must be true ‘about’ reality and its infinite complexity.

A belief is a thought that happens over and over and you maintain those thought patterns because they give you the security of knowing.

Why a belief is always distorted though is because those thought patterns in some way, shape, form or fashion are influenced by the seeming separate components within the whole.

Your culture, race, religion, heritage, upbringing has all influenced your thoughts and beliefs.

It is primarily for this reason that your thoughts/beliefs are biased, because they are not in PERFECT congruence with the whole.

And in order for it be in perfect congruence with the whole it cannot be more than one.

No matter how strongly convicted you are of your beliefs, even if you would go to the grave for them, there always appears it’s opposite which is disbelief.

This is not about having absolute no beliefs though, you will always have beliefs with a human mind.

It means though that now you know with unshakable question that your beliefs are going to always be a little off.

What you are looking for in regards to knowing oneness and thus knowing internal freedom, peace and aliveness is knowing.

What you will find out is that when you come to knowing, you will know that there is, never was or never will be any reason to believe in it.

Most people say that if you know something than you also believe it, but belief only comes from linear thinking, linear means in a step by step process, or from point A to point B, to point C and so forth.

You believe that 2 + 2 = 4, but you don’t know it, because mathematics is also a made up concept to understand the mystery better.

Knowing though, is beyond what the human mind can grasp.

It is a non-conceptual understanding, which you cannot believe in because it requires no belief.

A belief requires disbelief which is more than one, neither knowing reality directly/immediately.

Almost the entire human population is based on upon the belief that the past & future exist.

The reason that the entire human population believes that the past & the future exist is because we also believe this idea that in the absolute sense I am “me”.

What does this mean?

When you say I or Me you are referring to what this thought pattern built up over the past of who you are in the absolute sense.

The “me” can also be referred to as the self-image, the self-concept, the idea in the mind of who I am, which is a collection of all of the minds past experiences.

The past & future do not exist in the absolute sense, because neither of these have been directly experienced, they have only been imagined to be experienced.

How can you be outside of this moment?

BUT, the mind is interpreting this situation (You reading) as event that will pass and thus become a memory.

However, just because this situation, this current circumstance within clock time becomes a memory it still will not mean that it wasn’t being interpreted as a history of events IN THE NOW.

The entire point is, it does not matter what situation, circumstance or experience that you have gone through did not happen outside of right now.

Another reason that the past and the future does not exist, as we think of time linearly before (past) and after (Future) is that they both require more than one.

It is your past of which your “Me” makes up and the future to keep it going. The past creates self-image, and through your minds anticipation of the future keeps the “me” the false sense of who I am “the me” alive……in the false sense.

So if you’re entire self-image is built from a past that doesn’t exist then who are you?

You are whatever is observed thoughtlessly right now, and forever, timelessly now.

Now cannot be added to the now, so when time collapses so does this false idea of “me”.

Illusion #4. You can be IN the present moment

This will likely sound contradictory to the above, but because words explain the one truth in a linear fashion, in order, digested in the mind from past to future they will always sound somewhat contradictory, NO MATTER how seemingly wise they sound.

There are many layers to the illusions that we our minds have vacuumed up.

Being in something requires you to be outside as well.

Being in and outside require more than one.

Your body, your mind exists within the present moment (You) but everything is being observed neutrally, non judgmentally, not perceivably by the space that is now.

You in the absolute sense are not IN space, you are not IN the now, you ARE the now, you are the unbounded, unaffected now in which every-thing including mind, body, self-image, experiences, things appear to exist.

Illusion #5. Being Spiritual or Having a soul

I started what many people call a “spiritual” journey back in 2015. I even did an article for my past website called the Top 50 quotes on the soul.

I always had a crazy imagination for something more, for something extraordinary, beyond anything the mind could imagined with this sense of wanting to be more special the entirety of the universe.

And I felt that studying ‘the soul’ was going to bring me there. What I have come to see is that just like this idea of ‘me’ is a false idea, a false imagination, so is the idea of having a soul or being soulless.

In a similar manner of God existing or not existing, the soul has a similar feel in imagining separation or things being more than one.

If you can ‘have’ a soul, then that must mean it’s counter opposite also exists which means something cannot have a soul, requiring more than one.

In a similar sense with spirituality. If who I am in the absolute sense is ‘spiritual’ than that means, there must be something that isn’t spiritual requiring more than one.

These ideas of what spirituality is or isn’t are all just that, ideas with no absolute concrete definition. And anything that can be defined cannot be it which is just information used by mind to understand this world more concretely.

What is concrete though, is. Isness, thisness has nothing to do with any-thing, including a soul or spiritual.

Illusion #6. Having a Life

When you are born fresh out of the womb, you are now considered to a have a life.

When people say that you have a life, what they are referring to is this self-concept now has life.

You cannot have a life. The heart can beat, oxygen can pump through your body, the body can have signs of being alive, yes but remember we are talking about YOU!

Think about how grammatically incorrect it sounds to “Have a death.” Nobody would ever say that because it doesn’t make much sense.

You cannot lose life, because life is, life timelessly is.

Back to the original question at hand.

God cannot exist, but God can also not, not exist because whatever God is, incomprehensible to the mind, just is.

Nobody on this planet earth could ever come to you with a straight face and tell you PRECISELY what the purpose for your apparent mind/body is on this earth.

The mind/body will be born into the mystery and it will one day dissolve away from the mystery.

The mystery, the unknown, the non-comprehensible themselves remain timeless, unshakably unaffected.

What does this mean in regards to your internal freedom?

It means that whatever you are, beyond mind concepts is COMPLETELY and UTTERLY FREE, Space which isn’t a thing is perfectly free, weightless in this eternal instant.

From this place of eternal instantaneous freedom, it no longer matters who or what God is, because whatever it is or is not, remains forever regardless of what I think about it.

When I see through the veil of thoughts, then presence knows itself, mysteriously freely which does not and cannot require more than one.