The Importance Of A Conscious Foundation 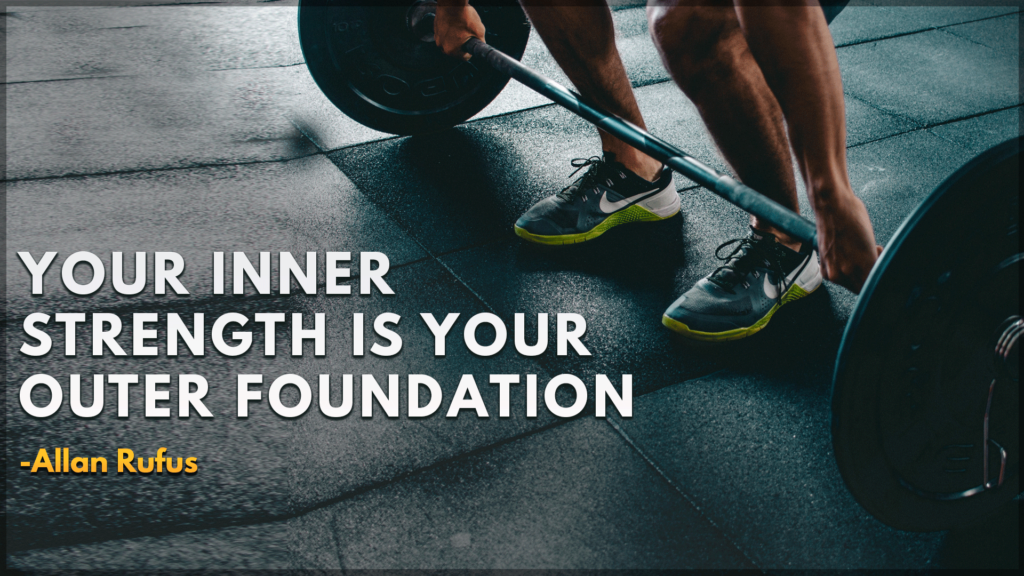 Let’s face it, no matter where you are in life, whether your super successful financially, have significant amounts of fame, fortune, influence and impact, life is going to send challenges your way.

What is a challenge?

A challenge is not the way that reality looks which relative to the whole consciousness, is neutral.

A challenge is, according your interpretation, a situation that is not the way that it should be.

This interpretation is built from the conditioning or what your mind intakes and processes from the external world.

This is why, just as with a house, the most important thing you can do in a lifetime is lay a higher conscious foundation from within.

Being that reality is neutral from beyond mind, and being that humans are survival creatures, we still have a human mind that does have expectations.

And anything that potentially threatens or could harm our survival is going to cause us internal pain.

It is an automatic suggestion from the human mind that the mind’s number one mission in this world is survival.

People claim that you should have expectations from the world, but this is denying our natural humanness.

The human part is super unstable because of how quickly this world is changing, and as the world changes so does the mind.

In fact, the world is changing because of the way the collective human is changing.

The human mind is in a state of constant change, which is the very most unstable part of a human.

The foundation exists as the being; after all you are more than a human. You are a human being.

Just as change is a constant with being a human, the being that stays the same is also a constant.

This means that in order to find the foundation from within, you must find the thing that does not change or rely on time.

The thing that does not rely on survival and, in fact, it does not know what survival is, because it is eternal.

This means it is not subject to death; therefore survival doesn’t exist to it.

Survival is not in the consciousness dictionary.

Remember, as with the house:

“The foundation must be built to carry the weight and load of all the other building elements used in the home.”

Mind and change can be so unstable and insecure that they can cause a LOT of weight and load on top of themselves.

Think of what happens to a house foundation that is super weak, it slowly crumbles from within itself and everything above it comes tumbling down.

This is what happens with a mind that thinks a CONSTANT mode of reality should look different than the way that it is.

Why would it be that a constant mode of reality should look different than the way that it is?

So your internal struggle is not the way that your situation looks, it’s a thought imbalance.

This is another way of saying that, the mind cannot be free from seeing the external reality which is in a constant flux, the mind is the technology used specifically for what we call “the real world.”

But because it can only see what is called the real world, it cannot see what is actually real, indefinitely real, unquestionably real, the absolute reality.

The reason why it’s real?

The physical world is subject to time, and that is why it changes. Time and change are inseparable.

The inner foundation that you are looking for is the timeless reality.

The paradox here is that you cannot build on top of this reality, because it is already perfect.

What you can build on is your ability to see this innate perfection from within in this moment, thus expanding your awareness of consciousness.

Conscious that you are conscious awareness itself.

But perhaps the number one principle of awareness that has to come from within for a strong inner foundation is mind disidentification.

Imagine for a second the foundation of the house had a consciousness.

This would be a weak foundation, and it would self-destruct.

When you take yourself in absolute sense to be your mind, then this is how anxiety and the sense of being overwhelmed becomes so strong that people self-implode.

Being that the mind is in a constant flux, when you take who you are to be—in the most absolute sense—the mind, then everywhere you look is internal pain.

Because everything the mind is looking at is changing, even if it doesn’t look or seem like it; nothing lasts forever, so it must be in a constant change.

The only thing that can free you internally is absolute reality, absolute truth.

And the mind cannot and will not be able to get a grip on what is actually true or not true.

So when there is ONLY mind, there is only internal pain.

But when who you are is consciousness that is observing the mind, which exists within it, then there is true freedom.

What do you have to do to lay this internal foundation?

The only thing that can be done is to allow the happening, or the realization from within that…. you are… right now.

And underneath the wild chaotic mind, the you-are-right-now insight is the only stable reality.

What happens is the mind/thought goes from constantly moving to still.

All that it takes for it to expand forever is a small glimpse into the realization that the gap between your thoughts is the key to internal freedom.

Remember, there is no doing; and consciousness is eternal so it does not expand to the degree of any mathematics phrases such as exponential.

What you are doing is getting a glimpse directly into infinity or eternity, into your deathless, timeless dimension.

This dimension of eternity does not expand because it already is and is forever.

Just by getting a glimpse into this reality, you will instantly feel a weight that’s been on your shoulders from the time you learned to think.

& by doing such, it will allow higher consciousness to know itself on a more consistent basis in this physical realm dominated by time.