Everything is Made Up 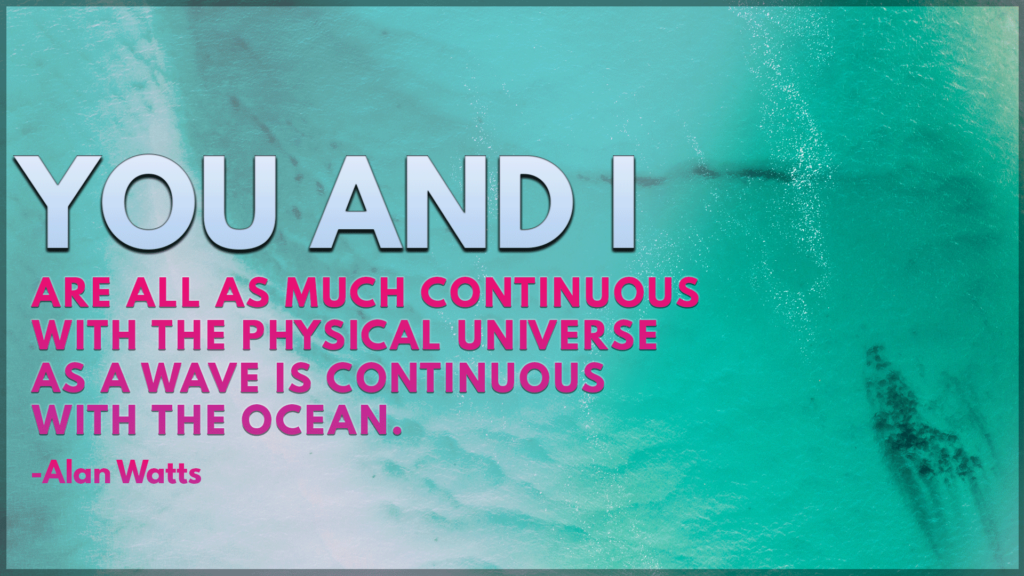 I was watching a video from one of the guys who I follow on Youtube, Benjamin Smythe.

What this guy said is super important to understand, and I’m going to break up his video in segments and expand on what he had to say.

I’m going to refer to Benjamin: every time I quote him.

Think about how everything you look at, every-THING you have ever thought about is made up. This isn’t an opinion, it’s a fact.

What I find by this statement is that everything in this world, no matter how seemingly unbearable it is to seem like you could ever create something as magnificent is made up, remember the reason it’s called “man-made” is that another human being, no different than you or me, put his idea to the test.

Benjamin is continuing to elaborate on the fact that everything you can think of that is not natural to the earth or the solar system, etc., is made up.

Your thoughts are borrowed from other people.

The easiest way to know this is to allow a new born baby to think without guidance as it passes through its infant stages.

It’s obvious that a new born baby would not be able to survive without borrowing other people’s thoughts.

How to talk, walk, read, write and the many basic things that it MUST borrow the worlds thoughts in order to survive.

The human mind is complex, INFINITE in our labels of what is by nature mysterious and we take these labels, these boxes of the mysterious and believe them to be true in the absolute sense.

Think about all the rules, regulations, guidelines, instructions that we take to be absolute and then if someone doesn’t agree with us, we MUST MAKE THEM BELIEVE or ELSE!

People seem to think that the government is some other society, when it is our personal

JUDGMENTS on other people are no less than the same government “out there” that is part of the overall make believe.

This means that regardless of how many infinite amounts of judgments there are, it’s all a part of the cosmic joke of this entire play of make believe. In other words, it’s not entirely a challenge regarding internal suffering.

I have only watched this video once, and while I write, I’m laughing my butt off in Panera Bread, realizing how hysterical it is that millions and millions of dead people’s ideas still run this planet.

It’s so funny how much make believe that we create that makes us forget that we are all humans, so naked, so bare naked in our humanness and no beliefs, no matter how strongly believed in, can change that.

Will the make believe ever stop?

Probably not, the world wouldn’t know what to do without the joke.

While we are deconstructing the rules that we have believed in, let’s continue to burn through all of the things that we make up and believe in.

Have you ever heard of that whole statement that there is a time and place for everything?

That’s made up as well. There is nobody to be, no way to act, no time that you have to do anything.

Yes, there are laws which are made up by society that you must follow or you will be in jail/prison for  sure, but there is a very fine line, between following the laws and being turned into a robot, based on ways to be which are made up by how people think you should act.

If you want to talk with someone but are not sure how to approach or what to say to them, GREAT, do it anyways, even if you tremble.

Because remember, no matter how you think you should approach someone, or what to say it is all made up anyway.

Since there is no specific way to approach someone or something specific to say to anyone, make it up along the way.

It’s only because you think that there is a certain way to approach or a certain thing to say that is keeping you from opening up to someone.

Make it up along the way. Everyone else has made up their own lifestyle, even if it is intensely influenced by dead people, which almost everything is.

There is no universal rulebook of how you should be living your life. There is no one right way to live, or a specific rulebook to follow based on other people’s perceptions.

Make it up along the way.

The takeaway from all this is that no matter how you think, feel and act that seems to be rebellious and according to someone rules, no matter if it’s your friends, family, or co-workers, when you make up how you choose to live, it is no different than their own make believe.

It’s just this time around, you won’t be so heavily influenced and take someone’s lifestyle to be the true way of living.

Know that for certain any and every belief is made up by others. People say that they are free thinkers and there is no such thing as being a “free thinker.”

Every single word that you know has been made up as a part of whatever language that you have learned.

When I say borrowed, I mean you learn it and you use it. If you borrow a belief from someone and you take that belief to mean the absolute truth, that is when you are being used by that thought/belief and that is when suffering begins.

Whenever you begin to suffer, ask yourself what it is that you are taking so seriously?

Are you taking the made up beliefs to mean the truth?